Otis College of Art and Design 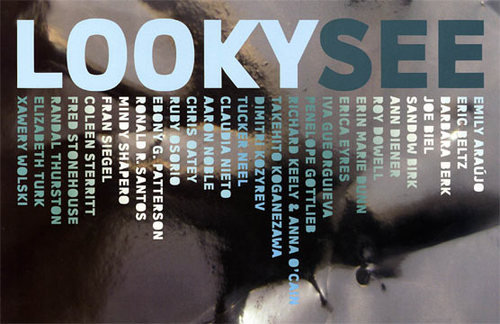 In the Bolsky Gallery:
Two Madmen: The Art of Clive Barker and Myron Dyal
Through August 30, 2008
Opening reception for this exhibition is in conjunction with Looky See: A Summer Show on Saturday July 26, see info above.

Clive Barker and Myron Dyal are two artists who have a similar fantastic vision of a seemingly diabolical world that they are feverishly compelled to render. Their drawings, paintings, and sculptures illustrate alternate realms filled with archetypal figures and places that have littered human consciousness for centuries. Clive Barker, award-winning director, screenwriter, playwright and poet, is also an accomplished artist. His art has, in the last ten years, become a more fundamental part of his written work than ever before. Myron Dyal is a modern mystic, classically trained musician, and a self-taught Southern California artist. He has spiritual visions that are the catalysts for the vast oeuvre of his work that spans nearly three decades and includes more than 6,000 drawings, paintings, and sculptures.