Tuesday through Saturday 11 AM to 6 PM 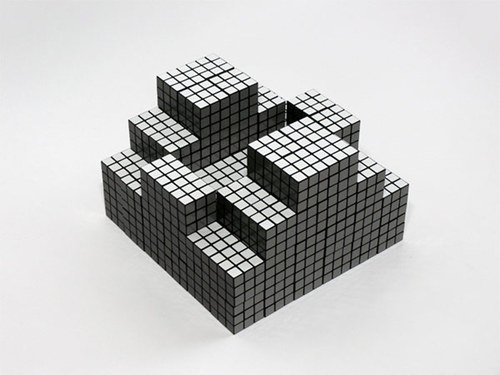 Priska C. Juschka Fine Art is pleased to present The Form Itself, curated by Michael Buhler-Rose. The artists in this exhibition engage a variety of mediums in a self-reflective dialogue on the potential and purity of their respective discipline's forms. David Haxton and Talia Chetrit both tinker in photographic alchemy. Chetrit reduces photography to its purest element, light, in the form of primary colors and black and white test strips. Haxton records the remnants of performances that investigate the way light creates photographic space.

Adrian Crabbs utilizes a shipping pallet as a printing plate, placing a standard item directly into the art making process. Stripping job applications to their compositional essentials, Joy Drury Cox's drawings point to the standard institutional space that is between the lines of all potential employment. Through the video recording of chromatic scales, Austin Willis lays bare the basics of video, image and sound, and creates a unique composition that uses his library of footage. Van Hanos, Matt Johnson, Ryan Kitson and Roula Partheniou create perceptually challenging works that investigate the potential of a variety of visual conventions. Hanos uses faux marbleizing and Venetian plaster techniques that connects abstract painting to a new form of Modernism. Johnson's work at first reads as an abstract image, but is actually a "Magic Eye" camouflaging a wholly figurative solution. Kitson uses an everyday object to create both a conceptually and emotionally engaging sculpture. Partheniou's projects challenge the possibilities of standard forms with ready-made canvases representing items of the same dimensions, and Rubik's cubes forming conceptual sculpture.

Michael Buhler-Rose, received a BFA from The School of the Museum of Fine Arts, Boston. He also received an MFA from the University of Florida in Gainesville, Florida as well as a Fulbright Fellowship to India. His work has shown at Bose Pacia, New York, The Museum of Fine Arts, Boston, Die Photographische Sammlung/SK Stiftung Kultur, Cologne, and The Indira Gandhi National Centre for the Arts, New Delhi. His projects have been reviewed and published in The New York Times, Time Out New York, AM New York, Camera Austria, Photo District News and American Photo on Campus.

Talia Chetrit lives and works in New York, NY. She received her BFA from The School of the Art Institute of Chicago in 2004, and earned an MFA from the Rhode Island School of Design in 2008. That same year, she was awarded a Sheridan Center Teaching Certificate from Brown University in Providence, Rhode Island. Adrian Crabbs was born in Binghamton, New York. He received a BFA from the School of Visual Arts in New York, NY in 2001. He currently lives and works in New York, NY. Joy Drury Cox was born and raised in Atlanta, Georgia, where in 2001, she graduated with a BA in English from Emory University. In 2006, she earned her MFA from the School of Art and Art History at the University of Florida in Gainesville, Florida. She currently resides in Brooklyn, New York.

Ryan Kitson was born in Mt. View, California. In 2001, he received a BFA in Sculpture with a minor in Art History from the Southern Oregon University in Ashland, Oregon. Roula Partheniou lives and works in Toronto, Ontario. In 2001, she received her BFA with Honors from the University of Guelph in Guelph, Ontario. Austin Willis lives and works in New York, NY. In 2006, he graduated with a BFA in Electronic Intermedia from the University of Florida in Gainesville, Florida. He is currently pursuing an MFA in Combined Media from Hunter College in New York, NY.