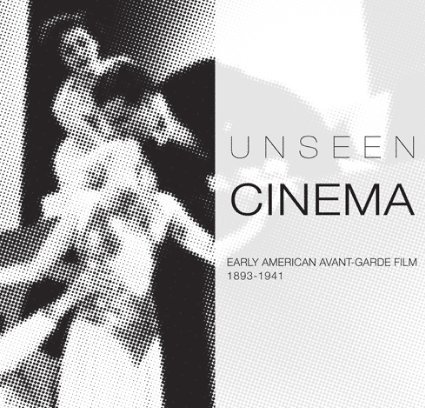 Maya Stendhal Gallery is delighted to present the exhibition Unseen Cinema: Early American Avant-Garde Film 1894-1941, which will be on view from September 4 through October 4, 2008. The product of the largest film preservation endeavor ever, Unseen Cinema is the only comprehensive collection of independent American film from the earliest days of cinema. Widely considered a masterpiece of film restoration and preservation, the ambitious project took over 10 years to complete, realized through the steadfast commitment of Anthology Film Archives along with sixty of the world’s largest film archive institutions including the Museum of Modern Art, The Library of Congress, The British Film Institute, and George Eastman House. Film curator Bruce Posner and film historian Robert A. Haller organized the project, and David Shepard made the series available for digital format.

Exhibited for the first time in its entirety will be the Unseen Cinema: Early American Avant-Garde Film 1894-1941 DVD collection, which was released by Anthology Film Archives last year in conjunction with Image Entertainment. This retrospective features additional rare material that was not available in its first international touring program, which screened at the Whitney Museum of American Art, as well as one hundred and fifty museums and archives in Europe, America, and Australia. The collection contains a wealth of diverse approaches to the medium, and the range of cinematic enterprise captured is remarkable. Expanded to 180 films with a total running time of over twenty hours, Unseen Cinema represents Anthology Film Archive’s relentless dedication not only to preserving films crucial to cinema history, but also to making these films accessible to film scholars, historians, artists, and film enthusiasts all over the world.

Offering a totally new cinematic experience, the exhibition will be presented in a seven-monitor installation format. Exhibiting these films simultaneously together creates a total immersive environment, allowing viewers to grasp a full sense of the creative impulses and tendencies motivating experimental film before World War II. Playing on each monitor will be one of the seven themes representing the scope of early American film heritage memorialized in Unseen Cinema – The Mechanized eye, The Devil’s Plaything, Light Rhythms, Inverted Narratives, Picturing a Metropolis, The Amateur as Auteur, and Viva la Dance. Highlights include Portrait of a Young Man (1925-31) by Henwar Rodakiewicz, Light Rhythms (1930) by Francis Bruguiere, Charles Klein’s The Telltale Heart (1928), Le Retour á la Raison (1923) by Man Ray, Charles Sheeler and Paul Strand’s Manhatta (1921), and An Optical Poem (1939) by Oskar Fischinger among others.

Prior to Unseen Cinema, most of the films had not been screened since their creation, and some had never been screened at all. At the time of their production, these early films were often screened exclusively in private settings. If they were released at all, it was often only for a limited time before they became unavailable – the consequential fate of films that challenged the commercial foundation on which mainstream cinema was established. Extensive research based on film scholarship, reviews in newspapers, journals, and interviews in combination with resolute efforts that overcame seemingly unworkable obstacles – many films only existed as projection prints or as single acetate copies with no preservation back up – made the unearthing of early American cinema’s forgotten works possible.