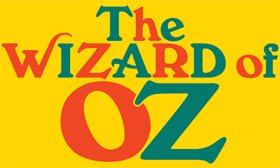 The Wizard of Oz takes L. Frank Baum's popular novel The Wonderful Wizard of Oz as its starting point to examine the relationship between art and literature, our idea of home and place, as well as the cultural and social fabric of America itself.

One of the best-known stories in American popular culture, The Wonderful Wizard of Oz marks the second in a series of exhibitions that curator Jens Hoffmann has developed which take a novel, a short story or other written narrative as a point of departure. The first in this series was Around the World in Eighty Days based on Jules Verne's classic, presented in 2006 at the Institute of Contemporary Arts and the South London Gallery, both in London.

Set in the heartland of America, in rural Kansas, at the turn of the twentieth century, The Wonderful Wizard of Oz tells the story of Dorothy, deposited by a tornado into a wondrous, strange and, at times, threatening land. With the help of her new companions, a scarecrow, a tin man and a cowardly lion, she advances along the yellow brick road to the emerald city, in her search for a way home.

Published in 1900, The Wonderful Wizard of Oz, captured a moment when American society was rapidly changing, due in part to industrial, political and technological advances, the women's movement, and increased expansion towards the west. Some of the themes that it touched upon, whether the realities of childhood, rural life, poverty, displacement and migration, as well as the more intangible, but nonetheless pervasive, ideas of security, friendship and dreams, continue to have resonance with the way that we experience not only the world but also how we approach an idea of America itself.

The aim of the exhibition The Wizard of Oz is to tell the story of the novel by translating the narrative of the book into the narrative of the exhibition including all its complex and multilayered meanings. The participating artists in the exhibition either present a new piece that has been especially conceived in response to the novel, or an existing work that relates to a theme or topic outlined by the narrative. The artworks on view encompass sculpture, film, video, drawing and photography and explore the serious and playful, notions of dislocation, home, utopia, fairies, mortality, machines, illusions, good vs. evil, witches, anxieties, family and poverty.

This exhibition also includes a large number of cultural artifacts, that have been created in response to the novel, including a first edition of Baum's The Wonderful Wizard of Oz, several of W.W. Denslow's original illustrations that accompanied the first Oz book, the first film version directed by Baum himself, and other curiosities, including, of course, the ruby slippers. A unique exhibition design that follows some of the elements of the original novel and the famous film adaptation of 1939, as well as a specially produced publication, will make The Wizard of Oz an unusual experience of how to analyze and exhibit contemporary art.

Lead sponsorship for The Wizard of Oz is provided by The Andy Warhol Foundation for the Visual Arts.

Challenging the systems of language, Tauba Auerbach's artworks reconfigure letters to create word puzzles that lead the viewer to logical but unexpected conclusions. Auerbach has a background in typography and an interest in science. Her work is a complex exploration of semiotics, but it retains an essential visual accessibility and playfulness. She dissects language as a code of symbols and a conduit for ideas. Of particular interest to her is the anagram (a word or phrase formed by rearranging the letters of another), which historically has been utilized to carry secret messages or hidden meanings. Auerbach often bases her work on these sorts of solvable codes or systems. In one of her works, a series of reconfigured typewriters, she alters the keys so that their letters and symbols no longer correspond to what appears on the paper. The typewriters are painted with clues to the logic of their new operating systems; once each code is cracked, the machine becomes functional again.

This is Not an Alphabet
By Jens Hoffmann

For many decades artists have incorporated language, text, and words into their work in order to move away from pure pictorial representation and the fixation on art as an object. This use of language in art is firmly attached to 1960s Conceptualism, with artists such as Lawrence Weiner, John Baldessari, Bruce Nauman, Joseph Kosuth and the collaborative Art & Language using text as a way to shift towards artworks based on the study of language and its meaning in the context of visual art.

Today the use of text and language in the visual arts still holds a prominent position in the arsenal of contemporary artistic practices. We find artists that refer specifically to the first generation of Conceptual artists, for instance Jonathan Monk or Douglas Gordon, by creating text pieces that explicitly address this history; others such as Claire Fontaine or Ryan Gander understand the strong intellectual bent of Conceptual art as overly authoritarian and try to soften the grip of Conceptualism on contemporary art by ridiculing the idea of language as art. Yet others such as Liam Gillick are interested in systems of communication and work closely to the fields of graphic design and typography. Martin Creed's use of language is an ironic gesture inspired by a postmodern play on art history. And artists such as Cerith Wyn Evans or Glenn Ligon create their text works with a certain sense of nostalgia for a more political and far more radical era in art making.

Tauba Auerbach's work, however, sits outside any of the above-mentioned categories. More extreme and rigorous, her investigation of text, language, and letters goes straight to the heart of how our world communicates and explores the structure of language, the composition of words, phonology, syntax, and semantics.

While working in relationship to Conceptual art, Auerbach's practice revolves primarily around painting. She is a painter who paints letters. The meaning constructed from letters as visual signifiers fascinates the artist just as much as their shapes, forms, and ornamentation. Auerbach's meticulous examination into the origins of some of the most renowned typefaces also distinguishes her practice from other contemporary work incorporating typography.

With its particular 'non aesthetic' look, one of Auerbach's most well known paintings, How to Spell the Alphabet (2005), relates closely to early text pieces by Baldessari, that he employed sign painters to produce. This comparison is not necessarily a coincidence; Auerbach was trained and has worked as a sign painter. The omnipresence of murals, hand painted signs, and graffiti in the Mission district of San Francisco, Auerbach's home, and the strong craft tradition of the Bay Area, are other influences that give her work a uniqueness that is firmly rooted in a personal exploration of the relationship between content and form.

Following the Conceptual tradition of working with printed matter, Alphabetized Bible (2006) is an edition of eight books, each of which contains all the letters of the Bible in alphabetical order including punctuation. The text on the cover of these books reads 'Bbe ehHi llo Ty' made up from the words 'The Holy Bible,' and reminiscent of a word game, a doctor's eye-exam, a linguistics experiment, or perhaps visual poetry.

In recent years, the artist has moved away from her focus on typeface to explore the visual patterns created by alphabets and other systems of visual communication. She has used the Morse alphabet, sign language, and Braille on several occasions and is currently moving into more abstract territory. For her solo exhibition at the Wattis Institute, Auerbach presents two photographs, STATIC 6 and STATIC 7 (both 2008), depicting the visual remnant of static electricity captured on a television screen, as well as the painting Untitled (2008) that simulates a half-tone printing technique. This exhibition also includes Auerbach's first sculptural work, 50/50 XVII (2008), two resin forms that appear completely different from opposite angles. Extending her study of language into systems of logic, the new work in this exhibition explores how the mind creates order where there is none. By examining the phenomena of randomness and developing strategies for simulating uniformity, the artist continues her methodical examination of the organizing principles of language.

The state of Hawaii has the distinction of being the most remote population center on the planet; a vast distance of 2390 miles separates the islands from California, the nearest populace. While the mainland United States covers a seemingly endless expanse of land, Hawaii is acutely defined by its modest physical boundaries. It is far more vulnerable than the rest of the country to the shifts of agricultural industry, technological development, military needs, and tourism. This state serves as an ideal laboratory in which to examine the effects of these forces of change, and provides a dynamic home for one of the most influential think tanks in the world—the Hawaii Research Center for Futures studies.

Futures researchers utilize foresight, strategic plans, and multidisciplinary analysis to formulate possible outcomes. In his seminal 1999 essay Four Futures for Hawaii Jim Dator, director of the Hawaii Research Center for Futures studies, outlined a framework of four possible future directions for the state of Hawaii. His essay The Best Little Backwater on the Planet: Too Local to be Global* expands one of these in detail and describes a sovereign state that has been freed of rampant tourism and isolated from outside influence. This imagined future for Hawaii provides the starting point for the research of two of Dator's PhD students, Jake Dunagan and Stuart Candy, whose work is featured in this exhibition. Exploring the idea of Hawaii one hundred years into the future and after 70 years of complete isolation from the outside world, their work takes a narrative form, as well as representing their ideas through the production of images and artifacts.

As you look at the display, imagine you are three generations into the future and outsiders have not been able to visit the Hawaiian Islands for decades. The land of luxury resorts and tiki-torches that one might now associate with the state has disintegrated and Hawaii has become an independent nation. The objects that are on display are artifacts from this future. They tell the story of one man's experiences and discoveries while living on the islands during this time of seclusion, drastic transition, and cultural rebirth.

*Both Jim Dator's The Best Little Backwater on the Planet: Too Local to be Global, as well as Stuart Candy and Jake Dunagan's narrative, created especially for this project, are available as supplementary materials for this exhibition.