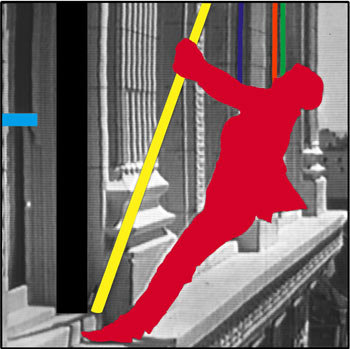 "John Baldessari forms an important bridge between Pop Art and Nouveau Realisme and the big crop of artists/photographers that belong to a younger generation", according to the jury of the BACA International edition 2008, which is made up of Bice Curiger, Robert Storr and Alexander van Grevenstein.

John Baldessari
The BACA International is intended for an artist's artist; i.e. an artist who has fully made his/her name in the world of visual art but is not necessarily familiar to the general public. John Baldessari (1931) is also regarded as a focus and driving force of new developments. Baldessari is one of the protagonists of Minimal Art and Concept Art.

Although he started out as a painter, Baldessari soon exchanged his brush for a camera, with the goal of eliminating the boundary between painting and photography. His oeuvre is very recognisable, as he often combines black and white photos with coloured sections. As well as his own photos, he uses images from unsuccessful B movies, portraits, everyday snapshots and advertising pictures, which he regards as a reflection of reality.

Chanting Baldessari – a Masterclass
Baldessari has been influencing younger generations of artists for many years, and his teaching has played a large part in this. Baldessari: "It's essentially an idea that you can't teach art, but if you're around artists you might pick up something". Under the title Chanting Baldessari – a Masterclass, six young artists from the post-graduate Jan van Eyck institute in Maastricht will be presenting their work in the exhibition of the BACA winner. Prior to the award ceremony and opening, Baldessari will enter into dialogue with these artists about their work. The artists participating are: Ruth Buchanan (NZ) & Rachel Koolen (NL), Eleni Kamma (GR), Jean-Baptiste Maitre (F), Kristin Posehn (US) and Stéphane Querrec (F).

This an Example of That
There will also be a presentation of work by Koen van den Broek (1973), one of the artists with whom Baldessari has collaborated.

John Baldessari sent Koen van den Broek a series of photos from his
archive of scenery and sets from the world of cinema and Hollywood. Van den
Broek thought up 22 suggestive 'supporting' images for this series – magnified
in sizes ranging from small to monumental – with bright paint, strokes and
stripes, so that the work is accentuated by a new way of reading it.

Catalogue
Two publications will accompany the exhibition & Masterclass. Available in the Museum Shop of the Bonnefantenmuseum.

Support
For the organisation of the BACA International, the Bonnefantenmuseum has been able to count on the generous support of two leading multinationals that have roots in Limburg. A sponsor agreement has been concluded with Océ NV and DSM NV for the organisation of several editions of this ambitious award. The BACA International also receives support from the Maastricht Council and the Province of Limburg, who are thus both underlining the international significance of this art award for the city and the whole province.