An exhibition of the art award winners of the Kulturkreis der deutschen Wirtschaft im BDI e.V. The four prize winners are Israeli artist Keren Cytter, German artist Manuel Graf, Danish artist Simon Dybbroe Moller, and British artist Tris Vonna-Michell. A common denominator among all four positions is that their respective staging includes all scenic means available. But their special achievement consists in creating an overall effect that no longer can be traced back to the sum of the individual elements. 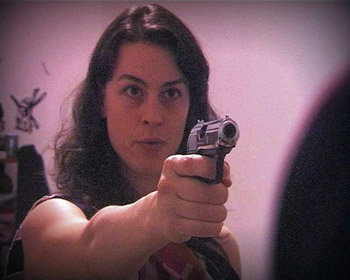 The variety of the various works and approaches of Keren Cytter, Manuel Graf, Simon Dybbroe Møller, and Tris Vonna-Michell makes clear how much the issue of mise en scène and questions of staging have self-evidently penetrated the art of recent years and intensely shaped it. A common denominator among all four positions is that their respective staging includes all scenic means available. But their special achievement consists in creating an overall effect that no longer can be traced back to the sum of the individual elements. Only in the application of this principle, which surpass a direct link to the material, can the staging be attributed a style of its own, for which a plan-ning authority is responsible (which itself is or is not a recognizable part of the staging). The jury was in particular convinced that the scenarios presented by Simon Dybbroe Møller and the installations and performances by Tris Vonna-Michell were of conceptual significance to the actions and ex pe-riences of visitors to the exhibition. In Keren Cytter's short films and Manuel Graf's installations, the experimental processes employed to make strategies of staging visible played an important role.

Keren Cytter, born in 1977, uses both docu¬mentary and fictional elements in her brief films. At the same time, they are commentaries on the medium of film and its narrative conventions. They combine the struc¬ture of classical drama in theater with the melodramatic and the grotesque, with quotations from popular and low culture. Multilayered narrative layers are superimposed upon the interpersonal relationships depicted, the actors play out their roles and comment at the same time on the work on the film. Manuel Graf, born in 1978, surrounds his videos and 3D animations with self-built models and light installations, that combine high tech with do-it-yourself aesthetic. Toys, sets, stage models, peepholes, and spotlights serve as tools in his designed miniature worlds, which possess a nostalgic aura all their own, to pursue fundamental questions about the origin and truth of our (cultural) history. Manuel Graf discovers the use of models as a modification of static, canonized knowledge production to dehierarchized processual re-translations, not by explaining, but by comparing.

Simon Dybbroe Møller, born in 1976, composes spatial scenarios with found or existing objects that the spectator passes through as apparently coincidentally emerged situations. Often embedded in the context of modern life, the objects thus reveal connections and little stories whose immanent logic convinces the beholder of the existence of these staged, everyday occurrences. He problematizes the relationship between presence and representation, singularity and repletion, immediacy and reproduction, and how he short circuits the moment of the staged event with processes of mediation. Tris Vonna-Michell, born in 1982, has been developing various historical strains that oscillate between fact and fiction and can be staged as performances and scenery-like installations. In so doing, he links the tradition of "oral history" with objects, slide projections, texts, and personal memorabilia that serve as props for his breathtakingly rapid performative monologues. It is precisely the ephemeral quality of his works as well as the use of texts, of real and fictive narrative fragments in his installations, which achieve the overall impression of an inexorable oscillation between present and past, absence and presence, consciousness and memory, taking us to the core of an idea of the perfor¬mative.