An event for Aaperto, curated by GoArt!. The show title is derived from its location within the former Berlin wall zone. The artistic themes presented reflect psychological, political or geographical changes and conflicts, often mingling reality and fiction. On show ionstallations, drawings, sculptures and a special dj set. 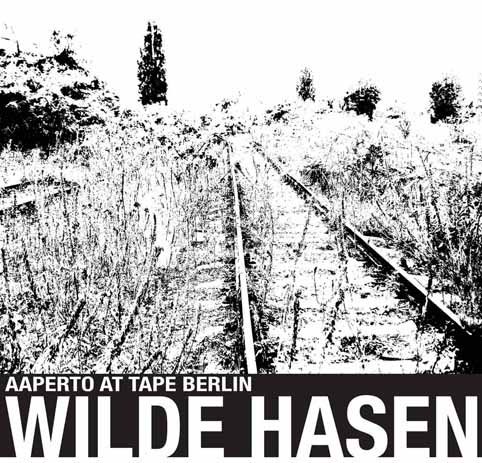 Aaperto is a series of art events including exhibitions and studio visits organized by GoArt!. It concentrates on an expanding group of local and international emerging art talent and focuses on urban development scenes. The former railway area behind the Hamburger Bahnhof, Museum for the Present, the latest hotspot of the gallery scene in Berlin, is only one example – a future “in place” for living, working and culture. The show Wilde Hasen (wild rabbits) is hosted by Tape Modern in Tape Berlin. The show title is derived from its location within the former Berlin wall zone. The artistic themes presented reflect psychological, political or geographical changes and conflicts, often mingling reality and fiction.

Exhibited will be works by Sophia Tabatadze, invited 2007 by the Georgian Pavilion of the Biennial in Venice and currently Eastern Europe fellow of Schering Foundation at Künstlerhaus Bethanien, Roland Boden, who participated in the Manifesta in Lubljana, Peter Dobroschke and Vladimir Mitrev, both fellows at Karl Hofer Gesellschaft in Berlin, Tania Bedriñana, former Goldrausch fellow, the artists’ duo Neulant van Exel, working at the interface of art and architecture, recently exhibited at the ZKM Karlsruhe, the artists’ group msk7, that develop site and context related international projects, Kaj Aune and Wolfgang Ganter, who caused a furor with their sound installation/performance in the so called Weddinger Uferhallen in Berlin and last but not least works by Johannes Buchholz, who in his drawings dwells on the reorganization of urban space – lastly seen at the Morat Institut in Freiburg.