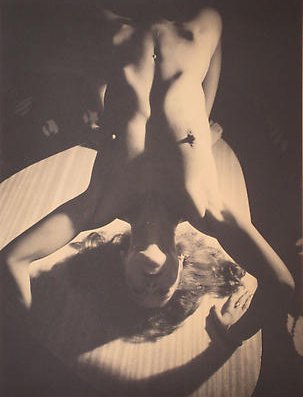 Martos Gallery presents Love Love Love, a provocative group exhibition exploring the physical and emotional effects of love on a diverse group of artists and their practice. Are artists bound by the same taboos as everybody else? Is sexual artwork always personal? Is it obscene? Are artists more scopophilic than other people?
The work on display pushes past conventional notions of romance to focus on the transformative power of obsession and fantasy. Artists can, like anyone else, be held hostage by the fascinations of transgression, pornography and voyeurism and their role in sexual desire; but they are also aware, more than anyone else, of the power of imagery and how to harness it. Artists' willingness to subvert and collage everything from the portrait of a lover to an advertisement in a magazine demonstrates to what extent their experience of love and sex is mediated by imagery.
Some of the pieces in the exhibition display a playful, irreverent attitude towards body parts, confusing genitalia with identity in a kind of metonymic sleight of hand. Lee Lozano's portraits of penises seem awkward and puzzled; Keith Haring's painting about being sexually bound to another human being in the age of AIDS is both joyous and agonized.
By quoting and appropriating from pornography, the artists in this exhibition bring pictures meant for mass consumption into a realm between public and private, where the game of what is hidden and what is visible is shown once again to be an essential ingredient in both erotism and art. Our puritan society had relegated sexual imagery to the realm of the dirty or evil; but pornography only exists in societies that repress sexual expression. Sexual organs and acts have been celebrated and ritualized since the dawn of humanity, and the artists in this show prove they still know how to have a good time.

Martos Gallery would like to thank Fred Torres Collaborations and Provocateur Films for their support.