Saturdays and Sunday from 14h to 20h, and on appointment

The exhibition brings together the works of 4 artists, around the themes of narration, fiction and History. On display works by Benjamin Bruneau, Gaia Fugazza, Scott Klinger, Fani Zguro. Opening with a performance by Eric Lombard. 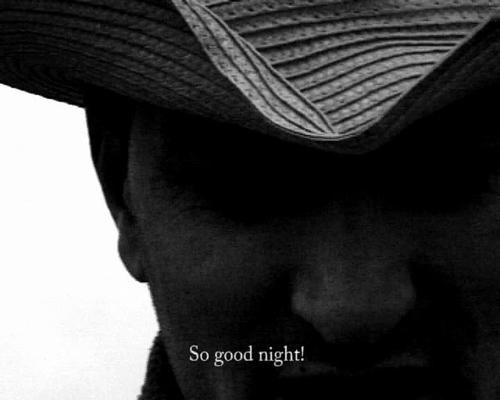 "Depuis le Début" brings together the works of four artists, around the themes of narration, fiction and History. Black Friday (Scott Klinger), people camping on the parking lot of a grocery store, spray painted signs, show where to wait in line, how to advance. These photos documents an episode, recurrently happening at Midnight every Thanksgiving: Christmas's' shopping starts. It's called Black Friday because it is the day that stores hopefully make it into the "black" profit wise. 'Red' is debt, 'Black' is profit. The pictures de-contextualise people's moves and poses, making us questioning the origins of these images.

Pax Americana (Scott Klinger), the black and white and the classic format of American documentary photography, are used to catch some mises en scenes orchestrate by the artist. Portraits of a paranoid America getting ready or repairing from a catastrophe. Evénement Ponctuelles, Paris 2008 (Gaia Fugazza), is a series of colours photographs taken during an international army faire. The investors and the soldiers presents are put in contrast with the military equipment. The images of this event have been built by its protagonists, occupied in creating, for this faire, a context to their products.

U-Turn (Fani Zguro), the landscape of the countryside is the background for a boy with a cowboy's hat. Ten years lather, during a new meeting, in a border village between Greece and Albania where the artists and the protagonist grow up together, an interview takes place. It uses the same dialogue lines of Olivers Stone's film. In Paintings 1987-2007 (Fani Zguro), some English words cover the 1500 drawings that the artist made during his childhood and adolescence. Horse and Man (Gaia Fugazza) recreates, with a bit of humour, a primitive statuette of a men and a horse looking straight at each other's. The acrylic painting keeps itself to the minimum readability of the horizon and the animal without even the colours. The painting of Benjamin Bruneau works with the glance's limits. From a solid object to its abstraction, it plays with the materials, disposed so to form a barricade indefinitely extending in prospective.

Opening on November 15th from 14h with a performance by Eric Lombard.