Twice upon a time

A group exhibition organized by Galerie Andreas Huber, Vienna and Silverman Gallery, San Francisco. The two met in Berlin in 2006 and realized they both worked with artists whose practices engaged with conceptual, feminist, political and gender issues. 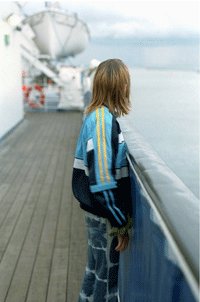 "twice upon a time" is a group exhibition organized by Galerie Andreas Huber, Vienna and Silverman Gallery, San Francisco. The two met in Berlin in 2006 and realized they both worked with artists whose practices engaged with conceptual, feminist, political and gender issues. Curating a collaborative show highlights the commonality between the programs of Huber and Silverman. The show first opens in Vienna on November 22, 2008 and then travels to San Francisco in March, 2009. twice upon a time is also a moment for each gallery to interrupt their solo show format, to provide a new context and use the gallery as a hub for a larger network.

The title underscores the fact that the exhibition will happen twice and is also a reference to the history of the fairy tale. Historically women fairy tale writers, also called conteuses, a term given to 17th century French women, were silenced and relegated to a more domestic literary sphere. However the conteuses saw their tales as amusements for sophisticated adults in the salon and not for children. Like the conteuses, the artists in twice upon a time challenge gender expectations, engage with playful techniques, collect and urge us to rethink our conception of storytelling and its history.

Desiree Holman’s playful video, I would do almost anything you asked me to do documents the artist wearing flesh-like suites that allow her to enact the role of male character’s by stepping into new “skin”. By wearing the skin of the male character Holman investigates the dynamics of romantic relationships as well as the male gaze. Like Holman Judith Hopf’s practice defies authorial positioning and investigates both behavior and identity. Romantic relationships often start at seedy bars, clubs and lesbian parties which is the starting point for Kaucyila Brooke’s ongoing body of work titled “The Boy Mechanic” (various media, 1996 ongoing). In this excerpt from "The Boy Mechanic/San Francisco"(2007-200_) she shows drawings (ink on paper) of lesbian bar names from San Francisco's past and present reorganized into her own idiosyncratic and fantasy narrative categories . Tammy Rae Carland’s Photoback works document the back of the photograph. Now the trace; who it was for, when, where, why it was taken and how it has lived its life is the focus rather than the initial image. Carland, like Brooke’s work documents memories produced in public identity and social spaces and allows the viewer to insert his/her own memories like a make up your own story. Through these personal and public memories and narratives twice upon a time explores looking for, the trace and the re-invention of ones self.

Tammy Rae Carland lives and works in Oakland, CA. Photobacks is an ongoing photographic series of found personal photographs from the 1910's to the 1970's Desiree Holman lives and works in Oakland, CA. I would do almost anything you asked me to do is part of an installation-based project call “Breath Holes” which incorporates video, sculpture and large format photography. Christina McPhee lives and works in Atascadero, CA. 47 Reds is a series of drawings where the artist presses black paper onto colored pigment left on the floor and draws over them. The drawings on top of the pigment are reminiscent of an illustrator adding imagery to a book that already existed. Susanne Winterling lives in Berlin, Germany. Winterling applies a method of working that weaves ideas and visual structures, both personal and collective, past and future. Like in lovemindmiddleheart, which layers an image of actress Tilda Swinton and a library in a castle close to Prague in an attempt to capture sensuality, memory and dreams.