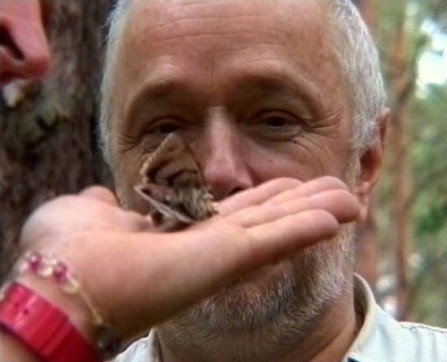 In his notes on Conceptual Art, Sol Lewitt wrote: "Conceptual artists are mystics rather than rationalists. They leap to conclusions that logic cannot reach. Rational judgments repeat rational judgments. Irrational judgments lead to new experience. Formal art is essentially rational. Irrational thoughts should be followed absolutely and logically." Where is the difference between rationality and irrationality? The artists that curator Valerie Smith has brought together for her first exhibition at Haus der Kulturen der Welt, explore various states of mind that have lead to new perceptions of reality at the boundaries of logic.

The Brazilian Arthur Bispo do Rosário (1911–1989) the Chilean Juan Downey, (1940–1993) and the German Hanne Darboven are the key figures representing divergent thought processes in the exhibition, but who share qualities of persistence and discipline. Their work offers insight into calculated ways of thinking that ultimately have lead to individual mantra.

Bispo's works, which he called "registers of my passage on earth", are the tireless obsessions of a man endlessly inventorying his past and present to assure his place in the future. His tireless preparations for Judgement Day materialised into exhaustive lists of everything he knew meticulously embroidered on bed linens and occasionally bound around hospital furniture. These works have earned him admiration by contemporary artists, who find inspiration in his passion.

Downey's pioneering work in early video, his use of the media to penetrate the remotest parts of the Latin world and his resistance to the political corruption in his native Chile have made him a model for artists today. Downey anticipated an anthropological approach to independent broadcasting with large doses of social critique. His ironic approach to video coupled with his reverence for indigenous culture and their integrated way of life perfectly reveals the dilemma of his age caught between technology and a need to escape prescribed notions of "progress."

Inspired by Robert Wiene's classic, The Cabinet of Dr. Caligari, Javier Téllez (Venezuela) and amateur actors from the Vivantes Clinic in Neuköln produced a film installation especially commissioned for Haus der Kulturen der Welt whose setting takes place in and around the Einstein Tower in Potsdam. The celebration of difference, both social and psychological, guides Telléz's vision and his public message.

Following Downey's footsteps, Warszawa based artists, Paweł Althamer with Artur Żmijewski, break with social conventions in So genannte Wellen und andere Phänomene des Geites, a series of eight DVDs, which record their experiments with consciousness-changing drugs. Althamer, and occasional friends, immerse themselves in the pure wonderment of prenatal worlds, delving into primal instincts to chemically attain unadulterated states of awe.

In the montages of news sequences and interviews created by François Bucher (Colombia), a concentrated game-within-a-game evolves in the interstice between reality and fiction. His work centres on the violent psyche caught between tension, terror and manipulation. Severa Vigilancia ("Haute Surveillence") a dual DVD projection, is an allusion to Jean Genet's work, in reference to Artaud's Theatre of Cruelty. In Bucher's work, the boundary between staged and real violence is disquietingly vague.

The systematic organisation and presentation of time plays a vital role in the works of German conceptual artist Hanne Darboven. The contrast between the severity of the formal language of a calendar and the fluidity of the artist's handwriting in Kalendergeschichten, (Kalender 1976 b) ("Calendar Stories"), pushes the work to the point where control and meaning are transcended and another realm of perception becomes apparent.

Exhibition curator, Valerie Smith, is head of the Department of Visual Art, Film and Media at the Haus der Kulturen der Welt in Berlin since May 2008. Before that she was Chief Curator and Exhibition Director at the Queens Museum of Art, curator at Artists Space in New York and artistic director of Sonsbeek 93 in Arnhem, the Netherlands.