The group exhibition brings together artists' moving images from the UK and Australia around themes of landscape. Screening programmes will be complemented by an international symposium at Tate Modern and a series of workshops at ArtSway in the New Forest. Curated by Catherine Elwes and Steven Ball. 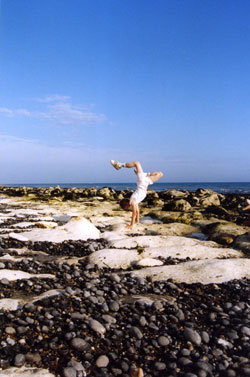 Figuring Landscapes is a remarkable collection of moving image works that has grown from the background of the political and cultural history that links the UK and Australia. Presented internationally as a series of screening programmes, the works in Figuring Landscapes address questions of ecological survival, post-industrialism, gender, the touristic gaze, and uniquely in Australia, the social, political and cultural status of Indigenous people in a post-colonial society.