The Future Will Last Longer Than The Past

Part 1: an interruption by Otto Karvonen. As the kick off event for the program, de Appel has invited the finnish artist to realize a special temporary project that relates to the building in Nieuwe Spiegelstraat. His methods and actions are modest and non-spectacular. His frequently humourous or ironic interventions, devoid of blatant or coercive statements, provoke "glitches and switches" in our perception of everyday reality and our generally accepted views. 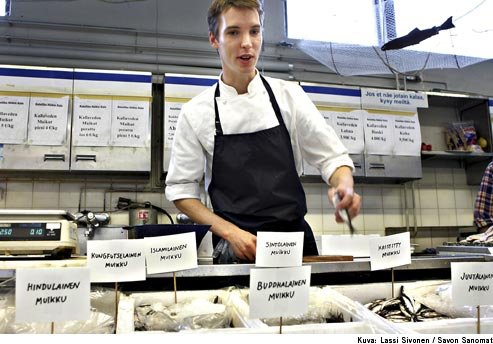 From December 2008 to Autumn 2009, de Appel is presenting a continuous series of projects under the title “The Future Will Last Longer Than The Past”. The dynamic connection and constant to-and-fro between the past and the present which de Appel has highlighted in the last two years, for example by paying renewed attention to performance practices and contemporary feminism, will be very much in the foreground in the months ahead. The Finnish artist Otto Karvonen will give the starting signal for a period in which performances, informances, situations, events, lectures and publications – what we call “de Appel on the side” – will form the bulk of our programme.

As the kick off event for “The Future Will Last Longer Than The Past”, de Appel has invited Otto Karvonen (1975, Helsinki) to realize a special temporary project that relates to the building in Nieuwe Spiegelstraat. Karvonen has gained a reputation for performative actions and temporary sculptural installations in public space. He himself describes his work as situation–specific: each project begins with a multifaceted, associative study of the context – especially temporal but also spatial – in which his performance or installation will occur. His work produces a short-lived dislocation of everyday routines, thereby raising questions about political, economic, religious and social concepts, and about occurrences that relate to the location of the work.

Karvonen’s methods and actions are modest and non-spectacular. His frequently humourous or ironic interventions, devoid of blatant or coercive statements, provoke ‘glitches and switches’ in our perception of everyday reality and our generally accepted views. In previous projects he has for example delivered a commentary on cultural codes by having skateboarders ride their boards in security guard uniforms, he has sold fish representing different religions in a village market hall, and he has referred to a heated debate taking place in Finland about foreign influences on Christianity by proposing a Christian-Hindu Day-Care Centre. For de Appel, Karvonen is planning an ‘interruption’ in which the present home base, a former bank in Nieuwe Spiegelstraat, will undergo a temporary change of appearance. The project refers obliquely to the building’s history and touches on the (uncertain) future of the Nieuwe Spiegelstraat premises.

New Year’s Eve 2008/2009 will also have a place in “The Future Will Last Longer Than The Past”, in the form of an event in the Ensorian tradition: “Bal Masqué – A Performative Party”. The masked ball has for centuries been a festive occasion marked by the coalescence of identities, visual transformations, games of hidden personality, the juxtaposition of reality and illusion and of present and past, and misdirection and confusion. In short, it is the format eminently suitable as a concept for a party in which de Appel intends to make a theme of its own transition, and to anticipate a future moment when de Appel will have to vacate the premises on Nieuwe Spiegelstraat. The artist Sissi and the choreographers Voin de Voin and Doron Hirsch will give the evening a ritual twist. DJ’s 'one man and lies party’ (radio soulwax), Jamel Galindo & Zora Mccan will provide the musical setting. Recapitulating the famous Wednesday evenings on which Wies Smals opened de Appel to improvised performances in the 1970s, de Appel will hold an open stage for performers with unusual ideas on 31 December 2008.


Biography of Otto Karvonen
After studying at the University of Art and Design in Helsinki and the Academy of Fine Arts in Krakow, Karvonen took his MFA at the Sandberg Institute, Amsterdam, in 2002. The artist currently lives and works in Helsinki. The locations of his performative actions have included the streets of Manhattan (New York, 2006), the fish department of a market in Kuopio (Finland, 2005) and a metro station in Helsinki (2006). His work has recently been seen at the Liverpool Biennial (2008), the Gothenburg Biennial (2007), the Turku Biennial (2007), the Singapore Biennial (2006) and the Scape Biennial of Art in Public Space (Christchurch, new Zealand, 2006). Since 2004, Karvonen has been running Gallery Alkovi in Helsinki.