An exhibition which examines questions of history, culture, art and social reality in India from the end of the 18th century to the present day. Divided into an introduction and 5 chronological historical areas, the exhibition is a journey through India's colonial past and globalized present, based on texts, documents, archive materials and artistic proposals. The main theory behind this show is that modernism was not only a Western art practice, but an international one, and we can therefore talk about several simultaneous modernisms, which together contribute to and build a global modernism. 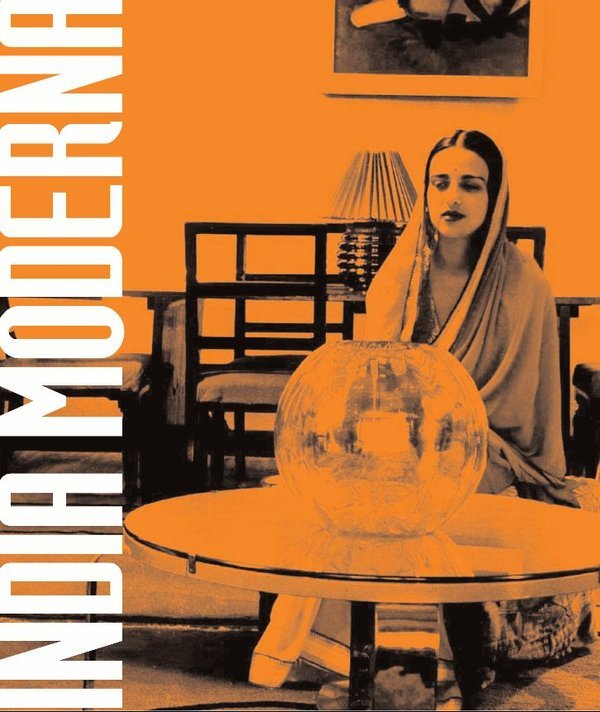 Modern India is an exhibition which examines questions of history, culture, art and social reality in India from the end of the eighteenth century to the present day. Divided into an introduction and five chronological historical areas, the exhibition is a journey through India's colonial past and globalized present, based on texts, documents, archive materials and artistic proposals. Modern India tells the story of a modernity rooted in a solid, rich artistic tradition which goes back to the cultural exchange between Europeans and Indian society and their mutual influence. The main theory behind this exhibition is that modernism was not only a Western art practice, but an international one, and we can therefore talk about several simultaneous modernisms, which together contribute to and build a global modernism. The accompanying exhibition catalogue intends to be a space for reflection on the cultural processes and practices of the Indian imaginary in the symbolic space that is the West.

0. Eclipse of the Raj. Fine Arts in Colonial India
The Raj, or British sovereignty in India, was not consolidated until the Indian Mutiny of 1857, which marked the end of the rule of the East India Company and led to direct rule by the British government through a viceroy. The legacy of British colonialism included political unification of the subcontinent, the establishment of a Western educational system, a centralised administration and a national network of transport and communication infrastructures. The fine arts, as well as photography and film, introduced by the British, are artistic media which illustrate the transformation of colonial Indian society.

1. Modernity. The Bengal School and Santiniketan
The new century marked the awakening of a great interest in India in learning about its cultural heritage. The end of the nineteenth century saw the start of a cultural movement, known as the "Bengal Renaissance", which was led by social reformers and intellectuals who belonged to the Indian bourgeois elite. The Bengal School was established in the first decade of the twentieth century within this context of revising traditions as part of the cultural ideology of nationalism. Santiniketan would take over from the Bengal School as the main influence on modern art in India prior to independence.

2. Mother India. Culture in Nehru's State
On 15 August 1947, the age of British rule in India came to an end, and two new nations were born: India and Pakistan. The division of the Indian subcontinent produced massive migration of Hindus and Muslims to both sides of the border and the genocide of thousands of people. After the assassination of Mahatma Gandhi in 1948, Prime Minister Jawaharlal Nehru established the bases of a modern national state, characterised by democracy, a planned economy and a position of non-alignment. This part of the exhibition focuses on the singularity of the Indian art and culture inspired by the idea of national identity.

3. Karma Cola. The West Travels East
Nehru died in 1964. By then, India had ceased to be a little-known country and had become a nation full of vitality. Indian spirituality and art began to attract a new generation of young people disenchanted with the West and fascinated by Eastern philosophy. After the Summer of Love in California (1967) and the incidents of May 1968 in France, the initiation journey to India would become a rite of passage for thousands of young people. This led to more widespread knowledge of the country, but also to the commercialisation of her culture. This section of the exhibition examines the impact of the East on Western art and culture in fields such as literature, film and psychedelic art.

4. State of Emergency. Art under the Congress Party and the Shiv Sena-BJP
In 1975, Prime Minister Indira Gandhi declared a state of emergency, which would not be lifted until 1977, and proceeded to censor the press and imprison dissidents, intellectuals and activists. This part of the exhibition displays art produced during this period when, unlike the collective spirit of the post-independence years, the works are markedly individual, and painting became once again the chief artistic medium. The word “emergency” not only alludes to the political situation but to the atmosphere of ethnic violence in the decade of the nineties.

5. Global India. The Diaspora of a Multicultural Subcontinent.
At present, India is experiencing spectacular economic growth that has positioned the nation as an emerging power on an international scale. Economic reforms have flooded the country with consumer goods and prompted the emergence of a thriving middle class. In the field of computer technology, India has become a world leader in the development of software although, despite such significant progress, unemployment and poverty still exist, as does the threat of the country's nuclear arms. This last section of the exhibition narrates the ongoing current reality of India in an international context in which the exchange of ideas, goods and individuals has erased the notion of culture as national heritage.

The exhibition is divided into six sections. The first two are devoted to colonial India and are displayed in the Sala Pinazo; the other four, which focus on India as an independent nation, are on show in Galería 3.

Exhibition organised by IVAM and Casa Asia, in collaboration with the Ministry of Culture.