Who killed the painting?

Works from the Block Collection 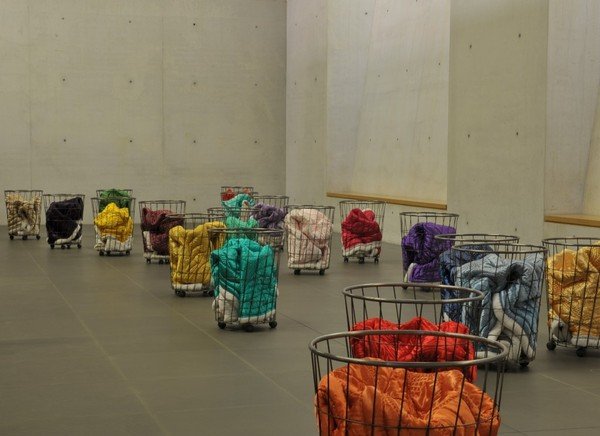 "Mainstream art, art market art is boring", says René Block. Since the 1960s, the gallerist, publisher, curator and collector has operated outside of the normal mould and its narrow boundaries. His collection - featuring among others Joseph Beuys, Nam June Paik, George Brecht, Wolf Vostell and Karl Arthur Koepcke - is among the foremost in the realm of Fluxus. From the 1990s onwards his interest has turned to above all to the European periphery: Turkey, the Balkans, and Scandinavia. Block has showcased artists such as Mangelos, Gülsün Karamustafa, Sanja Ivekovic, Ayse Erkmen and Maria Wirkkala at international exhibitions.

Since it was founded, the Neues Museum has been able to present broad sections of the Block Collection on permanent loan. A large number of further works, including many of recent date, have recently been added.

They demonstrate how the Block has constantly developed ever since its beginnings.

This new aspect of the collection is now centre stage at the exhibition, which picks up on the Block exhibition at the Kunsthalle Nürnberg in 1993 - but without repeating anything. The title "Who Killed the painting?" takes it name from a work by Kosovo artist Driton Hajredini (born 1970), that reflects ironically on the frequently mooted "end of painting". Similarly, in the Block Collection the classic medium of painting is placed in the shadow of photography, video and object art.

Topics such as national identity and cultural self-image, gender and politics constitute the collection`s major thrust. With "Who killed the painting?", the Block Collection will be presented for the first time in all its complexity and with that trace out the signature of a collector who is regarded as a pioneer and trail-blazer for a great many artists.