The roundhouse of international spirits

Arp, Benazzi, Bissier, Nicholson, Richter, Tobey, Valenti in the Ticino. An exhibition exploring the remarkable group of artists that settled in the Ticino (the Italian speaking region in Switzerland around Lakes Maggiore and Lugano), in the 60s at the height of their careers. 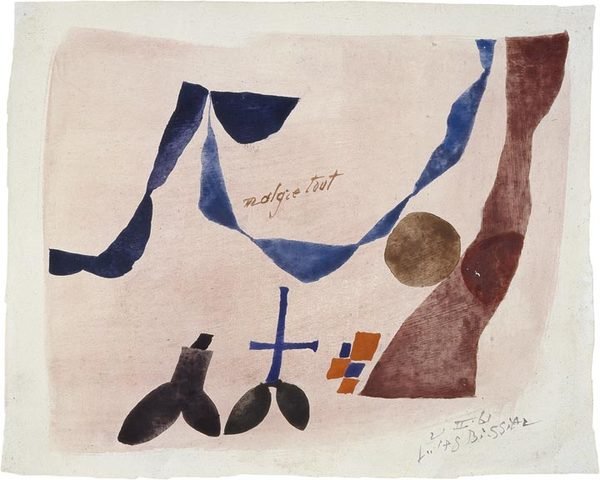 'The landscape ... is entirely magical and with the kind of visual poetry which I would like to find in my painting.' Ben Nicholson

The natural beauty of the Ticino, around the famous tourist spots of lakes Maggiore and Lugano had long attracted artists and intellectuals. Writing to a friend in 1962, German painter Julius Bissier described the area of Ascona and Locarno, where he was then living, as 'the roundhouse of international spirits'.

By the early 1960s a remarkable group of artists had settled in the area. Hans Arp and Hans Richter returned, having first visited in the 1910s. Julius Bissier, Italo Valenti, Ben Nicholson and Felicitas Vogler arrived in search of better living conditions and new inspiration. The American painter Mark Tobey, based in Basel and a friend of many of these artists, regularly visited. The Locarnese, as it is known locally, became a thriving intellectual hotspot, with a strong sense of community - so much so that Arp liked to refer to it as 'el kibbutz'.

These artists shared ideas and swapped works and the period produced rich results. The exhibition includes Bissier's delicately balanced watercolours, striking reliefs and collages by Arp and Valenti, painted reliefs by Ben Nicholson, paintings by Tobey and Richter and sculptures by Arp and Raffael Benazzi, here representing the impact of these artists on a younger Swiss generation.

This is the only showing in the UK before travelling to Switzerland.