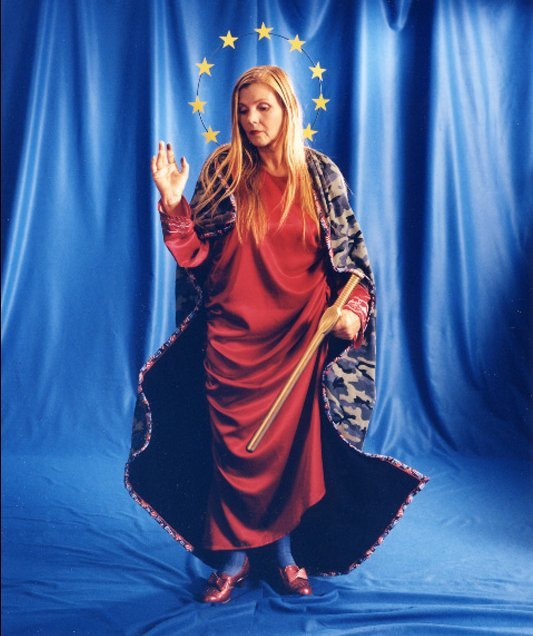 "Lasst tausend Blumen blühen" is the first extensive solo exhibition in Germany showing work by the Austrian artist Lisl Ponger. The exhibition at Kunsthaus Dresden will present a representative selection of Lisl Ponger's staged photography and instal-lations. These revolve around the definitional power of images, traces of the colonial period and representations of the foreign that is characteristic of her work. The visual traditions of the European still life that flow into her photographic tableauxs, self-portraiture, and the formalized photography of modernism develop a surprising politi-cal urgency from their powerful visual charm. The painterly still life of artificial flowers and knickknacks in Lasst tausend Blumen blühen, which gives the show its title, recalls memories of Mao's famous speech at the end of the 1950s. The work quotes the history of silk flower production in Sebnitz (Saxony) as well as the produc-tion of artificial flowers in the reeducat ion camps of the People's Republic of China, and this becomes legible according to the classical manner of the still life.

The exhibition offers a path along different historical and current representations of the foreign, thereby exposing strategies of cultural definition. Which images would someone like Emil Nolde create today, and how does the orientalist seduction trans-late into the present? From these self-posed questions Lisl Ponger has developed a series of pictures that sensitizes our awareness to a multiplicity of lines connecting the visual and social constitution of our globalized present to the European history of colonialism.

The exhibition is accompanied by the catalogue Lisl Ponger: Foto- und Filmar-beiten with essays by Martin Hochleitner, Christiane Mennicke, Shaheen Merali, and Bert Rebhandl in German and English, published by Wieser-Verlag in collabora-tion with Landesgalerie Linz.

LISL PONGER:
Lisl Ponger lives and works in Vienna. Her works are based on film, photography and installation. A number of publications has been published on her work in recent years. Works by Lisl Ponger have been presented at documenta 11 and 12 among many other presentations worldwide.

FILMS AND LECTURES AT KUNSTHAUS DRESDEN:

10. DRESDNER SCHMALFILMTAGE: Portrait Lisl Ponger
On the day of the opening, a portrait of Lisl Ponger as filmmaker will be presented, showing a number of her keyworks.
January 22/23, 2009, location: Motorenhalle Dresden, Wachsbleichstraße 4a