or the Path Over the Ecstatic Stairs 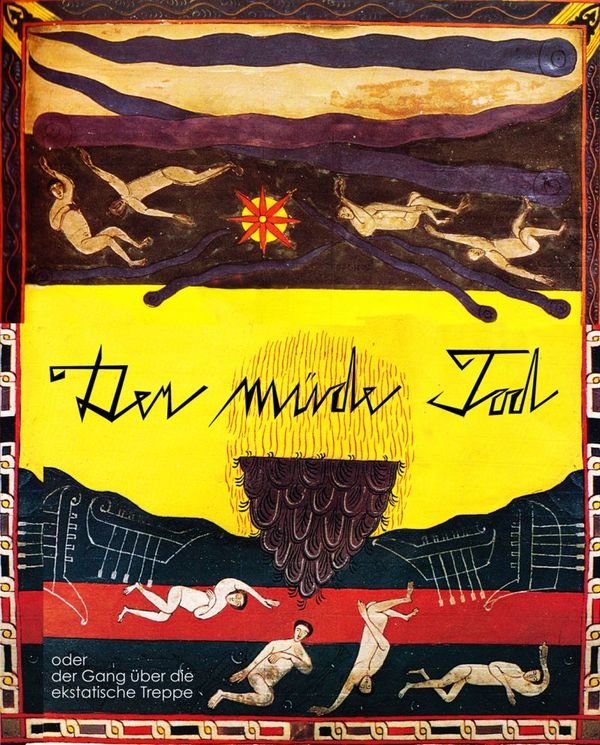 The Weary Death – The second exhibition of KAI 10, new private exhibition platform in Duesseldorf / Germany
KAI 10 Raum für Kunst is a private, non-commercial institution for the promotion of contemporary art. Founded by the non-profit Arthena Foundation, KAI 10 will produce three to four exhibitions annually, offering international artists a platform for the presentation and discussion of their works. As a private, independent institution, KAI 10 is building an active space committed to conveying contemporary art's new ideas and ways of thinking to the public in Düsseldorf and beyond.

For its second exhibition Der muede Tod oder der Gang ueber die ekstatische Treppe (The Weary Death or the Path over the Ecstatic Stairs) KAI 10 has invited artists Astrid Sourkova and Markus Selg to act as directors and set designers. Sourkova and Selg have produced the exhibition Der muede Tod as a dramatic total work of art (Gesamtkunstwerk). Besides their own works, they present works by Andrew Gilbert, Bernhard Lehner, and Dominic Wood. Sculptures, paintings, drawings, projections, murals, and sound installations create a stage accessible to the audience, where the works of art are positioned like actors in the plot. Going beyond the structured space of the classic exhibition, the works are condensed into a montage, which in turn becomes a narrative, allegorical construct that raises questions about death and destiny on many different levels.

The two artists loosely base the narrative for their exhibition Der muede Tod on Fritz Lang's and Thea von Harbou's 1921 silent film of the same name. Subtitled A German Folksong in Six Verses, the film introduces a ballad about two young people in love. The romantic, tragic story tells of a young woman who, encountering death personified, attempts to reclaim her husband. Shifted from country to country and time to time, the heroine tries to fulfill the task Death has given her, of saving people already condemned to death. She witnesses the complete panorama of human passions and desires that lead to the failure of her attempts. Still wishing to be reunited with her beloved, she ultimately dies for her love (Liebestod).

In this exhibition, the film's narrative motifs are concentrated in a theatrical, expressive way in two three-dimensional images. In the first setting the world court of human conflicts opens up between the works of art. Over the ecstatic stairs one is led through a wall – also one of the film's motifs – to the second image: a spiritual, metaphysical vision of the threshold of death and the view beyond – into eternity.

Accompanying program
KAI 10 has organized a program of lectures, artists' talks, film screenings and guided tours, which will serve to create a deeper understanding of the various exhibition projects. Upcoming events in the context of Der muede Tod include:

"On this Side of Death. On the Topic of Repetition in Art and Film"
Lecture by Sabeth Buchmann, Professor for Modern and Post-Modern art history at the Akademie der bildenden Kuenste, Vienna in KAI 10 Raum fuer Kunst, Duesseldorf on March 19, 2009 at 7:00 p.m.