Barbie! An exhibition of large-format Polaroids. The subjects of these photographs are not toys but rather representations of popular culture, as Levinthal seeks to explore the subliminal effects of the Barbie doll image on the American collective subconscious. 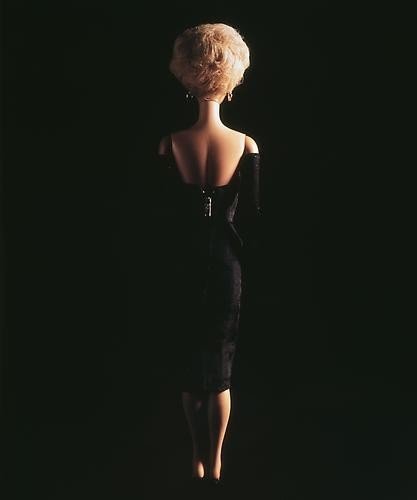 In honor of the iconic doll's 50th birthday, GERING & LóPEZ GALLERY presents Barbie!, an exhibition of large-format Polaroids by acclaimed photographer David Levinthal. The subjects of these photographs are not toys but rather representations of popular culture, as Levinthal seeks to explore the subliminal effects of the Barbie doll image on the American collective subconscious.
A familiar and often polarizing image, the Barbie doll has served as a figure of the idealized female form and the quintessence of glamour as well as a taboo symbol of the oppressive currents in society that have affected generations of American youths. Mattel first manufactured Barbie fifty years ago after the conclusion of World War II, a time when couture houses boomed in France after the ending of wartime restrictions. The Barbie dolls in the photographs featured in this exhibition lack the populist sentiments that later models displayed, instead reflecting a microcosm of mid-century American life inhabited by predominantly white, upper-middle class women. A far subtler series than others in Levinthal's oeuvre, these unbiased society portraits allow viewers to form their own interpretations of the impact of Barbie's image on American popular culture. Appropriately, the exhibition is located on Fifth Avenue mere blocks away from both Bergdorf Goodman and F.A.O. Schwartz, titans of haute couture and children's luxury items, in one of Manhattan's most highly trafficked shopping areas.

Couched in the style of early high fashion photographers such as Irving Penn and Richard Avedon, these dolls showcase the height of post-war fashion from 1959 to the early 1970s. The Barbie doll's limited range of motion produces deliberately stiff and artificial poses that are strikingly similar to those seen in early fashion photography, creating a parallel compositional effect between the two bodies of work. Levinthal combines white light and sharply contrasting shadows with intensely saturated color, a technique that elevates the dolls out of the realm of kitsch and into the glamorous echelons of high society. Solid monochromatic color backgrounds help to eliminate any sense of scale. Levinthal's standard use of a narrow depth of field, soft focus, and the photographic trope of enlargement seen in his close-up shots bring a sense of life to the objects in the foreground. These photographic techniques result in an unnerving sense of ambiguity as the dolls appear to be made of both plastic and flesh.