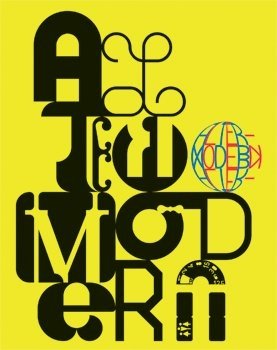 Altermodern, the fourth Tate Triennial, which will present some of the best new contemporary art in Britain, opens at Tate Britain on 3 February 2009. It includes works in all media - from photography, film and video, to extraordinary installations - and features many new works being shown for the first time.
The exhibition proposes a definition for a new form of art that celebrates a fresh energy and spirit in contemporary culture. Altermodern has been conceived by Nicolas Bourriaud, Gulbenkian Curator of Contemporary Art, and one of Europe's most respected curators. Bourriaud founded the influential contemporary art gallery Palais de Tokyo in Paris and has been working at Tate Britain on the exhibition since 2007.

Bourriaud defines the work of a group of leading contemporary artists as Altermodern, or an alternative modern. The exhibition argues that the historical period defined by post-modernism is coming to an end, and a new art form for the 21st century is emerging. If early twentieth-century Modernism is characterised as a broadly Western cultural phenomenon, and Postmodernism was shaped by ideas of multi-culturalism, origins and identity, Altermodern is expressed in the language of a global culture. Altermodern artists channel the many different forms of social and technological networks offered by rapidly increasing lines of communication and travel in a globalised world.

A series of one-day events, or prologues, are taking place in the lead up to the show, to introduce and provoke debate around Altermodern. With contributions from prominent writers, art historians, artists and philosophers, including Tom McCarthy, Okwui Enwezor and Carsten Höller, each prologue comprises lectures, performances and film. Prologue 4: Borders is the final prologue and will take place on Saturday 17 January 2009. The event will include a Declaration on Inauthenticity by the International Necronautical Society (INS), films by General Idea and a panel discussion about the concept Altermodern between several of the artists represented in the exhibition and other contributors, chaired by Nicolas Bourriaud.