Czech Photography of the 20th Century

Photography and visual art works which draw on photography, from pictorialism through avant-garde photography and 1920s-1940s' photo montage. The exhibition will focus on key figures such as Frantisek Drtikol, Josef Sudek, Jaroslav Rossler, Jaromir Funke, Jindrich Styrsky, Vilem Reichmann, Emila Medkova, Jindrich Streit, Viktor Kolar, Antonin Kratochvil, Jitla Hanzlova and others, but it display many less-known works and bring attention to photographs that were influenced by ideological pressures of the time during World War II and the Stanilist era of the 1950s or the Communist "Normalisation" period after Czechoslovakia's occupation in 1968. 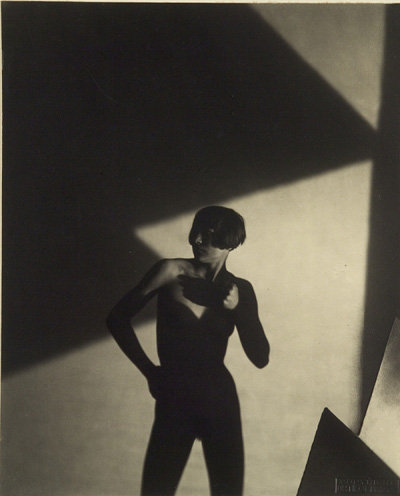 The exhibition was prepared in cooperation with the Museum of Decorative Arts in Prague.

The exhibition Czech Photography of the 20th Century will, for the first time in Germany, attempt to fully map out the history of Czech photography and visual art works which draw on photography, from pictorialism through avant-garde photography and 1920s-1940s' photo montage through to a wide spectrum of present trends. The exhibition will aim to present all of the major trends, creators and works in Chech photography, gathered from many Czech and international collections, public or private.

Naturally, the show will focus on key figures such as Frantisek Drtikol, Josef Sudek, Jaroslav Rössler, Jaromir Funke, Jindřich Štyrský, Vilém Reichmann, Emila Medkova, Jindřich Streit, Viktor Kolář, Antonín Kratochvíl, Jitla Hanzlová and others, but the intention is also to display many less-known works of quality by others and bring attention to photographs that were influenced by ideological pressures of the time during World War II and the Stanilist era of the 1950s or the Communist "Normalisation" period after Czechoslovakia's occupation in 1968. In this way the show will provide a full picture of how Czech photography developed in the 20th century, and at the same time, remind visitors of the photographic and photo montage work of German photographers who lived or found asylum in Czechoslovakia between World War I and World War II. In addition to the actual photographs and photo montages, whose authentic originals will be on display, with only a very few exceptions, the show will also features excerpts from important photographic publications in book format, journals or catalogues from various time periods. The vast material will be arranged into several chapters by chronological order and creative style.

The names of Czech photographers have only very recently begun to find their way into Western European and American publications on the history of photography. With the current prominence of photography in contemporary art and the emergence of the Bohemian lands from decades of political isolation, the world marvels at the prodigious numbers of supremely talented and original photographers emanating from so small a people. So far only very few have attracted international attention, among them Josef Sudek, František Drtikol, Jaromír Funke, Josef Koudelka and Jan Saudek, while the work of many other Czech photographers is known to specialists alone. The work of German and Austrian photographers in Czechoslovakia and the years of Socialist Realism under the Communist regime have yet to be researched in greater depth.

Deeply rooted in 19th-century Central Europe, Czech photography did not develop in a vacuum – neither during the period of the Austro-Hungarian monarchy nor in the democratic republic of Czechoslovakia of the interwar years, when the country was one of the centres of European Modernism. During the Second World War and the four decades of Communist rule that followed it many works could not be published. Photography went under cover but continued to go from strength to strength. It was influenced by the French, German and Russian avant-garde as well as by American, British and German journalistic and documentary photography and the prevailing international trends. Throughout the 20th century Czech photographers never ceased to create a wealth of independent original works that constitute a specifically Czech contribution to the history of photography.