Sculpture in the Ivam's Collection 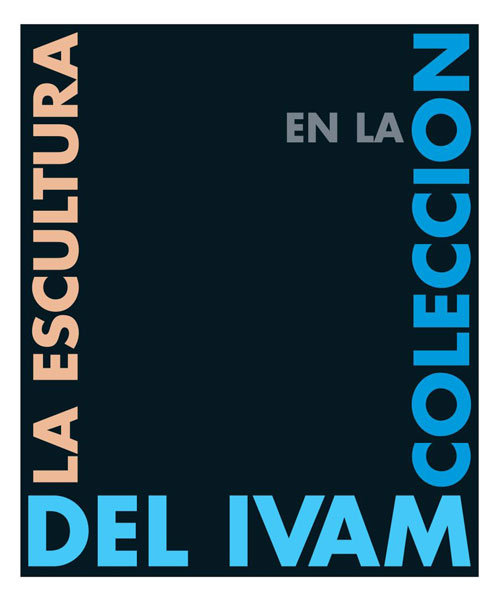 Sculpture features prominently in the IVAM’s exhibit programmes, as well as in its collections. This is hardly surprising in a centre that houses the greatest works by outstanding sculptors, such as Julio González, Gerardo Ruego, or Miquel Navarro.

From the dawning of the last century, sculpture broke drastically with its past and its tradition, in a similar way that painting did. Profound scientific advancements and their effects on industrial progress, as well as contributions by philosophers and thinkers, had a great impact on the development of modern sculpture, leading in time to a great variety of trends.

At the beginning of the 20th Century, sculpture was stripped of the monumental dimension that it held until then. However, today we are witnessing the development of a new kind of monumental sculpture: in our cities, in our natural habitats, sculpture is now one of the most powerful symbols of innovation and transformation of our surroundings. Nonetheless, there is no doubt that the introduction of industrial materials, such as iron, the inception of abstract trends, investigation of the void or the disappearance of pedestals were the keys to the creation of the new languages of contemporary sculpture.

The exhibit La escultura en la Colección del IVAM (Sculpture in the IVAM’s Collection) unveils the major achievements and challenges that this discipline has faced throughout the 20th Century. For that reason, the exhibit discourse is set as a non-chronological route that leads through the creative and imaginative spaces that sculpture has explored in the last and the present century.

The first chapter deals with ancient carving as an artistic technique that the avant-garde recovered, and the also archaic theme of motherhood, stemming from its centrality in Julio González’s production.

A second chapter opens with a group of sculptures that tackle the phenomenon of the disappearance of pedestals. These works rest on other surfaces, such as the floor, the walls, or the ceiling.

A third stage of this display analyzes the deep connections between sculpture with a constructive character, and architecture.

Three-dimensional plastic research on representations of the human body plays an important role in this exhibit. Hieratical figurative sculptures, busts, and heads interact in the unveiling of mysterious metaphors.

The last section of the display analyzes sculpture as an assembly process and the aesthetics of matter.