115 of the most dynamic galleries of modern and contemporary art currently active on the international art market offer a vast panorama of the art of the 20th and 21st centuries, as represented through a range of media from painting, sculpture, drawing, photography, video, installation and performance. Reinforcing the "artparis photography" sector, with 15 international galleries specializing in contemporary photography have made a date to illustrate one of the most dynamic tendencies of today's art market. 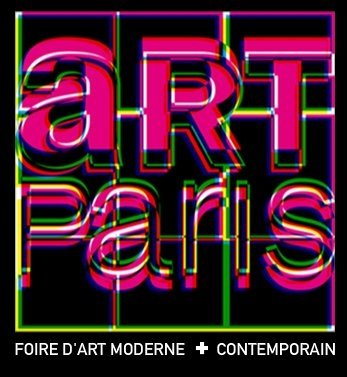 Held for the past three years in the historic Grand Palais in Paris, in the last ten years artparis has become one of the most important events in Paris for those involved with the international art scene.

An important meeting point for professionals in the contemporary and modern art markets, each year the fair attracts a mix of long-time art collectors as well as amateurs of art. (41,000 visitors in 2008)

Focus on artparis 09:
- More contemporary and more international than ever!
- 115 galleries from different countries will be taking their place under the Grand Palais’ glass roof to present the very best art works of the 20th and the 21st Centuries across a variety of media from painting, sculpture and drawing to photography and video.
- Reinforcing the “artparis photography” sector: 15 international galleries specializing in contemporary photography have made a date to illustrate one of the most dynamic tendencies of today’s art market

artparis 09 will also welcome the 2nd Prize for Contemporary Drawing of the Daniel and Florence Guerlain Foundation. The names of the three laureates, whose work will be shown at the fair, will be announced shortly.

Caroline Clough-Lacoste, Director of artparis, states: “Meeting point for the world of art, artparis is determined to confirm its engagement in favor of cultural and economic exchanges. It is for this reason that the most dynamic international galleries find a place alongside French galleries of great repute.”

“What characterizes the exhibitors of artparis? Their vitality, their insistence upon quality and the variety of their artistic choices. Through them, artparis creates a dialogue between the art of past and present, here and elsewhere,” explains Henri Jobbé-Duval, Artistic Director of the fair.

While the artworks sleep underneath a crystal dome, “ARTPARIS by night” (les Nuits d’ARTPARIS) will wake up slumbering pieces from 9.00 pm until 2.00 am, dedicating a special cozy space to them in a very special setting, that of the elegant mezzanine of the Grand Palais, overlooking a sea of artworks.

With the event agency production Templiers and the caterers “La Plage parisienne” and “Le Père & Filles” as partners, the mezzanine of the Grand Palais is into transformed ephemeral restaurant, bar and lounge.

From March 19 to 22, lovers of art and of Parisian lifestyle are invited to join the participants at ARTPARIS – collectors, artists and gallerists - under this music filled canopy of 500 square meters, set to the sounds of a guest DJ. This presents a wonderful occasion to extend the pleasure of meetings and avid discussions under the sign of art, for a drink, for dinner or for a party in an unusually enchanted place, so arty...

At the source of American Free Figuration painting we find a number of artists who are already legendary as the fathers of street art. Among these are: Keith Haring, Jean-Michel Basquiat, Kenny Scharf, Tseng Kwong Chi, among others. An outstanding figure of French street art, John Andrew Perello, alias Jonone, is an artist with roots in New York, most directly influenced by A-One. He is particularly proficient in this culture, which he himself imported to France. True to his roots, he has not ceased in producing strong works and of sharing the culture of this movement of which he is one of the clearest protagonists today. From the very beginning he knew how to impose an abstract style, unique within the genre, a “freestyle” which is directly influenced by his past, by hip hop, street culture, the subway, as well as by modern painting.

Hervé di Rosa is one of the founders of Free Figuration, thus named by Ben Vautier to designate a movement that was born in France in the 1980’s in reaction to the formalism of ambient conceptual art. Together with Robert Combas, Rémi Blanchard, François Boisrond and a few others, Hervé di Rosa opened up forms of expression in the margins of creation, feeling free to give “figure” to all forms of art without a hierarchy of values between high and low culture. Their works express a lot about society, violence, and sexuality, suffering as part of life and of pettiness of most of humanity. Even if the first steps of Niçois of the Free Figuration movement were separated by several years from those of the New York street artists, the correspondence between these two movements is real.