The Institute of Contemporary Art - ICA

Acting Out introduces a new generation of artists - Yael Bartana, Johanna Billing, Phil Collins, Javier Tellez, and Artur Zmijewski - exploring the expressive potential of social experiment, where the impromptu actions of people are captured to surprisingly powerful effect. The photograph is, for Eileen Quinlan, a mirror- reflecting our tendency to see even constructed images as truth when delivered by the camera. Fascinated by this, she explores her medium's capacity to be both record of physical fact and deceptive illusion. 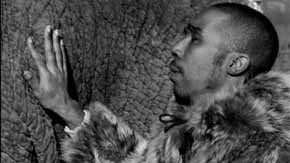 Acting Out: Social Experiments in Video

In an all-video exhibition opening this March, The Institute of Contemporary Art/Boston introduces a new generation of artists—Yael Bartana, Johanna Billing, Phil Collins, Javier Téllez, and Artur Zmijewski—exploring the expressive potential of social experiment, where the impromptu actions of people are captured to surprisingly powerful effect. In their videos, the artists engage non-actors in situations that allow unscripted actions and emotions to unfold. Facing physical challenges, disparate political ideals, or high-stakes competition, the participants' reactions highlight the forces of isolation, connection, and friction that shape our lives today. Acting Out: Social Experiments in Video is on view at the ICA from March 18 to Oct. 18, 2009.

"Since video's rise in the late 1960s, the ICA has had a history of marking new trends in the medium," says Jill Mevedow, Director of the ICA. "Acting Out offers a timely group of artworks in which artists, in concert with real people, reveal profound, important, and disturbing aspects of the social condition."

"The artists' unique approach cedes some artistic control to the participants so that their natural reactions and social chemistry can come forward as a powerfully expressive medium," says Jen Mergel, Associate Curator at the ICA. "By staging provocative and poignant scenarios, the artists capture the participants' explosive outbursts or more passive gestures. These acute emotions are highlighted and intensified by audio, visual, or rhythmic cues in the video."

In Wild Seeds (2005), Yael Bartana (b. 1970, Israel) records Israeli teens in a game, first playful, then unsettling, in which "police" pull "settlers" from a clinging group. The escalating hostility of action and dialogue—translated into English on a separate screen—echo the conflicted sentiments in the Occupied Territories.

Johanna Billing's (b. 1973, Sweden) work Magical World (2005) presents Croatian children rehearsing an American song. The fragile melancholy and optimism in the song, coupled with the children's struggle with a new language, evoke their country's efforts to adopt Western ideals.

Phil Collins's (b. 1970, England) video entitled he who laughs last laughs longest (2006) highlights the hysteria of televised competition. In a contest to see who can laugh longest, set in the small Scottish town where television was born, laughter is transformed from a natural and personal expression of release into an exhausting, defeating performance.

In Letter on the Blind, for the Use of Those Who See (2007), Javier Téllez (b. 1969, Venezuela) invites a group of blind people to touch and share their perceptions of a live elephant. Inspired by the Indian parable "The Blind Men and the Elephant," Tellez updates the ancient narrative's lesson that every being experiences the same thing in a unique way.

Artur Zmijewski (b. 1966, Poland) organizes a workshop in which social activists create and desecrate each other's symbols of belief. THEM (SIE) (2007) presents groups of nationalist Polish youth, conservative Catholics, leftist socialists, and Jewish activists who actively and aggressively negotiate, fight, or ultimately withdraw from the exchange in ways that echo the successes and failures of diplomacy.

The 13th exhibition in the Institute of Contemporary Art's Momentum series features Boston-born artist Eileen Quinlan in her first solo museum presentation. Momentum examines new developments in contemporary art, inviting emerging artists from the U.S. and around the world to show their work at the ICA. Quinlan's captivating images highlight photography's paradoxical ability both to record fact and create illusion. Based entirely in the studio, Quinlan's work uses pre-digital photography techniques—such as gels, strobes, smoke and mirrors—to create mesmerizing abstract compositions of light, color, and texture. On view from March 18 to July 12, 2009, Momentum 13: Eileen Quinlan features over twenty prints from six bodies of work, including a new series never before on view.

"We are delighted to present the first solo museum exhibition of Boston native Eileen Quinlan," says Jill Medvedow, Director of the ICA/Boston. "Quinlan's abstract work explores the boundaries of the photographic medium."

"Quinlan's beguiling images invite us to appreciate the mechanics and psychology inherent in the construction of pictures," says Jen Mergel, Associate Curator at the ICA/Boston. "Her works recall the pure abstraction of Modernist painting, but are actually direct representations of the items used to create backdrops in commercial photography. Evoking the sleek environment of an ad campaign, her imagery is seductive yet product-free, prompting imaginative projections instead of quick recognition. The sheer beauty of Quinlan's work encourages us to reconsider assumed limits and potential for the photographic image."

For her ICA exhibition, titled My eyes can only look at you, Quinlan has created Fracas (2009), a new series featuring the ubiquitous fixture of retail display: slat board, the anonymous grooved panel from which merchandise is hung. Juxtaposed with new prints from her prismatic series Night Flight (2008) and the undulating surfaces in the paired series Backdrop and Bandit (2006-2008), these latest works extend her exploration of photography's capacity to "make strange" and seductive even the most ordinary furnishings meant to fade into the background.

Artist bio
Born in Boston and a graduate of the School of the Museum of Fine Arts/Tufts University and Columbia University, Eileen Quinlan has recently had solo exhibitions at Miguel Abreu Gallery, New York; Sutton Lane, Paris; and Galerie Daniel Buchholz, Cologne. Quinlan's first solo museum exhibition, Momentum 13: Eileen Quinlan at the ICA/Boston, features selections of past and new projects to trace the development of her practice to date.

The Momentum series is sponsored by AKRIS.

Exhibition-related programs
Lunchtime Talk: Momentum 13: Eileen Quinlan
Thursday, March 19, 2009 at 12 PM
Momentum 13 artist Eileen Quinlan and ICA Associate Curator Jen Mergel discuss the artist's work in this talk designed for the lunch hour. Free with museum admission. Space is limited. Free tickets are available first-come, first-served one hour before the program. Ticket holders receive a 10% discount at the Water Café. May not be combined with any other offer.