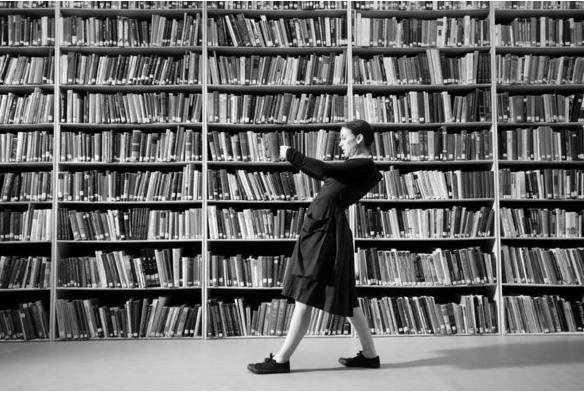 Following their acclaimed collaboration in 2002 Plants and Ghosts, The Collection will consider how dance and movement can be conceived beyond stage performances: "Victoria Miro and I were interested to show work in each others' spaces and to enjoy both the connections and disconnections between dance and visual art. Presenting work in different environments creates small instabilities which can help shift patterns of thinking." Siobhan Davies At Siobhan Davies Studios, British artist Conrad Shawcross will install Slow Arc Inside a Cube III, a sculpture consisting of a singular light source that is programmed to make random movements within a mesh cage, casting infinite shadows across the space and creating limitless spatial distortions.

At Victoria Miro 14, Siobhan Davies Dance will present a new work which will have no beginning or end, but exist as a series of repetitions and counterpoints. Using five performers the continuous piece invites the audience to move in and around the gallery space and experience its intimate and immediate setting. The punctuation of the dance work is being developed in collaboration with the artist Anri Sala, who has created Doldrum which comprises a beating drum and sticks.

An exhibition of artworks that engage with dance and choreography will be presented in the galleries at Victoria Miro 16. Artists include Idris Khan who will show a major new film installation, Lying in Wait created in collaboration with dance artist Sarah Warsop; Roman Signer who will present Wooden Table, Ventilator, 2004; Susan Phillipsz who will create a new outdoor sound piece and Yayoi Kusama whose seminal work from 1966 Narcissus Garden is installed the gallery's waterside garden that links the two exhibitions spaces. Offering a new way of thinking about ideas of movement and choreography in the visual arts, The Collection is set to continue and evolve with a new collaboration with IKON Gallery, Birmingham in Autumn 2009.

About Siobhan Davies:
Siobhan Davies created her first piece Relay in 1972 and has since made over 40 works for her own company Siobhan Davies Dance, and others including Artangel, The Royal Ballet and Rambert Dance Company. Her work has won numerous awards including an Olivier Award and South Bank Show Award and much of it has been filmed for television.

About Victoria Miro:
Victoria Miro first opened her gallery in Cork Street, in 1985, moving to new premises in north east London in 2000. The gallery quickly earned acclaim for showing the work of established and emerging artists from the USA, Europe and Asia, and for nurturing the careers of young artists from the UK. In 2006 the gallery expanded further by opening Victoria Miro 14, a 9,000-square-foot exhibition and viewing space open to the public for special exhibitions and projects.

There will be a public programme of talks and events to accompany The Collection.