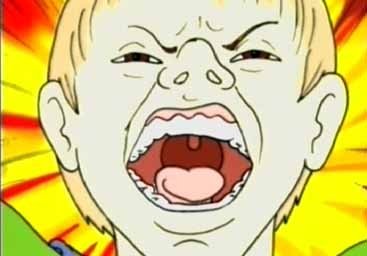 Art in the Auditorium

On Saturday, March 14th, at 2 PM, Fundación PROA will inaugurate the exhibition “Art in the Auditorium”, organized by the Whitechapel Gallery in London.

“Art in the Auditorium” is the title selected by Whitechapel, who invited eight international institutions to partake in this project. “The concept of auditorium referes to the place from where the viewer looks. In the contemporary world, any exhibition space can be transformed into an auditorium”, explains Adriana Rosenberg, president of Fundación PROA, the Argentine institution called on by Whitechapel.

Each one of the art centers was invited to participate in presenting videos of a local artist, resulting in a body of work that covers a broad spectrum of the present-day videos.

Since mid- 2008, each institution has begun presenting the selected works. Each one was able to decide on the exhibition design, and thus uncovering the many interpretations of the concept auditorium.

For the presentation in Buenos Aires, the videos are shown simultaneously in the exhibition rooms. The objective is to incorporate a space for reflection and debate, and offer a panorama of the different options in which present-day artists can explore. The exhibition design is bold, and offers different possibilities for the contemplation of the works, incorporating the relationship between the viewer and the image, recreating the concept of auditorium.

Fundación PROA selected Leandro Erlich’s El consultorio del Psicoanalista (2005), which documents the installation bearing the same name and the subsequent performative actions of the public inside it. In order to enrich local participation and to be able to reflect on the backstage of the video, the installation El consultorio del Psicoanalista will be presented for the first time in Argentina.

Fundación PROA invited Rodrigo Alonso, a graduate in the arts and a specialist in new media, so that he could recreate the history of the video, from its origins through the present times. Alonso presents a series of conferences and lectures on contemporary video, serving not only as a theoretical framework, but also an investigation of the discipline.

In compliance with its objective to explore issues of our contemporary world, Fundación PROA has designed a rich educative program and agenda of activities

The show, in a walk through of movements such as arte povera, spatialism, and conceptualism from the 1960’s through present day, allows for the exploration of the diverse variants of the artist’s books as artistic expression.

The exhibition presents books by artists such as Giovanni Anselmo, Alighiero Boetti, Maurizio Cattelan, Enzo Cucchi, Lucio Fontana, Mario Merz, Michelangelo Pistoletto, and other renowned Italian artists.
“Many of these artists, such as Boetti, Merz and Fontana, were shown in PROA in big retrospectives. The Collection shows the artists’ needs to work on a book, not from the literary standpoint but from the visual one”, explains Adriana Rosenberg, president of FUNDACIoN PROA.

Opening on Saturday, March 14th, 2009, FUNDACIoN PROA presents the intervention of the artist Jorge Macchi in the PROA Library, in which he exhibits the drawings of his book Block.

In Block, Macchi offers a non-chronological panorama of the drawings he made between 1996 and 2008. So much the title of the book as its format seek to highlight the idea that the drawings were done directly on a block of blank pages. The images are shown without any background color and, in general, are placed on the center of the page.

The book is sponsored by the Embassy of Italy in Argentina, with the support of FUNDACIoN PROA.

The Block intervention, by Jorge Macchi, opens the PROA Library’s cultural program, consisting of presenting books through diverse points of view. In the case of the visual arts, many artists produce works in the format of books, also known as artist’s books. “The artist’s books is one more possibility of this creativity developed through the 20th Century, even in secret. In the archives of many artists it is common to find anywhere between notebooks to books with drawings”, explains Adriana Rosenberg, president of FUNDACIoN PROA.
In Macchi’s production, books are a space of recurring experimentation. On occasion of his participation in the Venice Biennale, Macchi abandons the traditional concept of a catalogue and presented an artist’s book.

“Presenting Block in the PROA Library is a different experience. While the book presents a sequence in the drawings, in the installation this sequence is lost, and it results in something else. Its an explosion”, explains Macchi.

De Zuviría presents the neighborhood’s most characteristic traits: the Bridge, the Riachuelo, its houses and streets. His particular viewpoint focuses on its characteristic materials: iron, water, corrugated iron, and stone. With a profound wisdom he is able to put these materials in a dialogue with the construction of the new pROA, which is thus enriched by this new way of looking.

The project was set forth when Facundo de Zuviría spontaneously started this series. fundacion pROA considered that, on occasion of the exhibition on Books by Artist, it was possible to rescue the concept of a photographic album related to the city, a recurring them in the artist’s production. De Zuviría goes back to this concept through new medias, plotter printing, and the image digitalization. The result is a novel photographic production of single copies, which show for the inter-dialogue between the city and the arquitecture, and at the same time experimenting with new forms of current photography.

“This is a project that crosses borders in the perception of images. The visitor is able to turn the pages of this book and dialogue with the photographer’s gaze. To walk through the building, and contemplate the images from the artist’s viewpoint allows for a new reflection on ways of looking. This moment of interrogation between the lecture of the building itself and the artist’s permits a reflection on the accuracy of what the eye sees, and gives the spectator the possibility to discover a new point of view”, explains Adriana Rosenberg, president of fundacion pROA.

The project, which intercepts the space and creates playful and reflexive moments, consists in two stages, in the way of a work in progress. This first stage includes a series of videos projected in the PROA Café, and a performance by Gabriel Baggio on the renovated terrace. The videos are, for the most part, set in domestic environments in which the camera documents and exteriorizes and an interior language, a dialogical event.