Four artworks that call attention to looking, where expectation is more determining than observation. The work included in this exhibition employs and captures intrinsic sensorial and structural qualities that an image or the pictorial comprises, yet relies on perceptive modes other than the visual to announce them. 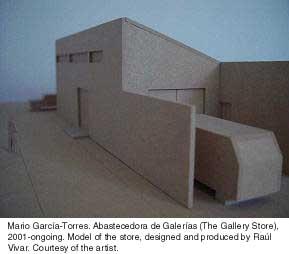 Pictures of You brings together four artworks that call attention to looking, where expectation is more determining than observation. The work included in this exhibition employs and captures intrinsic sensorial and structural qualities that an image or the pictorial comprises, yet relies on perceptive modes other than the visual to announce them. Rather than presenting a set of pictures, the works drawn for Pictures of You can be seen as artistic propositions that underline the significance and potential of imagination.

IÃ±aki Bonillas (b.1981, Mexico City) addresses the use of the photographic camera incorporating synaesthetic strategies that complicates fixed categories or images of photography. Bonillas has realized a series of works where he concentrates specifically on light in which this element is registered in sound or text rather than with photography. In his piece 10 cÃ¡maras documentadas acÃºsticamente [10 Cameras Documented Acoustically] (1998), Bonillas registered the amount of light that enters a camera lens. To create this piece, Bonillas recorded the sounds of ten different cameras emitted at various speeds of the lens shutter. 10 cÃ¡maras documentadas acÃºsticamente, which was originally installed at a Tower Records store in Mexico City, will be displayed here in a listening-station accessible to the audience. The listening-station contains 10 CDs, each titled by the name of the camera, and each including a number of music tracks titled by numbers (identical to its duration) of the various lens apertures.

Through Mejor Vida Corp., Minerva Cuevas (b.1975, Mexico City) has produced and circulated student identifications and letters of recommendation to anyone who requested, and has distributed sticker barcodes with made-up lower prices to substitute price tags at major franchise supermarkets. In addition to her operations with micro-activist strategies, Cuevas has also created a body of work in video that investigates the making, sometimes fusion, of performance and image.
Selfdoor (1998), consisting of a wall-size video projection, pictures the artist in a darkened room repeatedly striking a wall with a hammer. The video ends when the artist has completely dismantled the wall and an image of a landscape appears. Selfdoor, produced during an artistic residency at the Banff Center for the Arts, Canada, will be on view for the first time in New York City on the occasion of this exhibition.

During the last three years, Mario GarcÃ­a-Torres (b.1975, Moncolva, Mexico) has been working as an artist and as independent curator of new media. Amongst his work is Abastecedora de Galerias [The Gallery Store] (2001ongoing), a project allegedly in development-phase that consists of creating and providing a series of products for art museums and galleries. For this exhibition, GarcÃ­a-Torres will manufacture prototypes of two products found in the stores catalog: an air freshener (scent of oil paint), created in collaboration with Carlos Bermeo, a chemist at Herner & Reiner, Mexico City; and various signature-white, latex wall paints. The air freshener will be exhibited in a container, and will be sprayed in the space for the scent to linger in the gallery throughout the exhibition period. For the signature-paints, which will be presented as swatches painted on the gallery wall, GarcÃ­a-Torres has created the paints himself, based on whites used in oil paintings by Mexican masters, such as Diego Rivera, Carlos MÃ©rida, and Hermenegildo Bustos, as well as by two contemporary artists, Yishai Jusidman and RubÃ©n OrtÃ­z-Torres.

Yoshua Okon (b.1970, Mexico City) has largely made use of the video camera as a tool to register his happenings or the performances (of others) that he orchestrates. Performance is still intrinsic to his work, but in the last years his use of the video camera has changed significantly. Presenta [Presents] (1998) is a video that takes as its core subject the structure of video (or artwork) production itself. This video, which runs for three minutes as a continuous loop and is displayed on a television monitor, is a blunt, visual parade of official credits and logos, all of them from various civic and cultural establishments in Mexico, both private and public. Thus, the script and footage of the piece consists solely in the visual and sonorous presentation of a couple dozen sponsors and supporters to a video program of some kind that never gets shown. The voices that translate the logos (that basically makes known the acronym that these figure) employ the generic accent, pace and tone used in radio and television programming.

Influenced yet significantly different to conceptualism of the 1960s or to more recent art as institutional critique, the work by Bonillas, Cuevas, GarcÃ­a-Torres, and Okon does not attack or provoke an establishment. Instead, one of its ends is to generate through aesthetics a set of exchanges. The artists deliberately work, not accidentally or outside of an establishment, but parallel to or within it, as it is a way and site where significant interventions, if any, can take place. (Intervention refers here to an artistic strategy that has the potential of interruption, extension, or transformation of a given scenario.) An instance of this is their work included in Pictures of You, but perhaps more significantly, in the fact that each of them has created their own quasi-corporation or institution:

*During the exhibition opening, MarÃ­a AlÃ³s (b. 1973, Cambridge, USA) will perform Image Registry, the first of a series of performances that will take place throughout 2002 in selected receptions and events at The Americas Society. For Image Registry, the artist will play the role and take the place of the gallery receptionist; a book containing a questionnaire form that AlÃ³s has fashioned will be in the reception desk substituting the standard gallery registry book. Rather than requesting specific data to the audience, i.e. age, gender, or background, this multiple-choice questionnaire will inquire on other type of characteristics related to their identity, from where they were before arriving to the gallery to what mood they are in. The Image Registry book will be in the gallery desk to both fill-in and browse throughout the exhibition period and at the other selected events.

A small publication, titled Pictures of You and designed by -1:0:1 (f. 2000, Monterrey, Mexico), will accompany the exhibition.

Pictures of You is made possible thanks to La ColecciÃ³n Jumex; Ambassador Eduardo Ramos-GÃ³mez; and Thacher Profitt and Wood. Additional support was provided by The Mexican Cultural Institute of New York; Putumayo World Music; and Putumayo Cross-Cultural Initiatives.