XYZ present the group exhibition entitled 'Goldfish Suddenly Dead' that includes works by Dirk Braeckman, T.S. Eliot, Jan Fabre, Boris Groys, Vassilis Karouk, Mark Manders, Poka-Yio, Lucas Samaras, Gregor Schneider, Vello Vinn, and Eva Vretzaki. It is a short story about loss: actual, remembered or projected; yet, death itself is rather humbly present as an unviewed, unspoken rhythm. Sergei Eisenstein (1898-1948) was a seminal modern artist and legendary pioneer of cinema. The exhibition brings together an extensive selection of drawings of the Russian State Archives of Literature and Art in Moscow made by Eisenstein during his visit to Mexico in 1931/32. 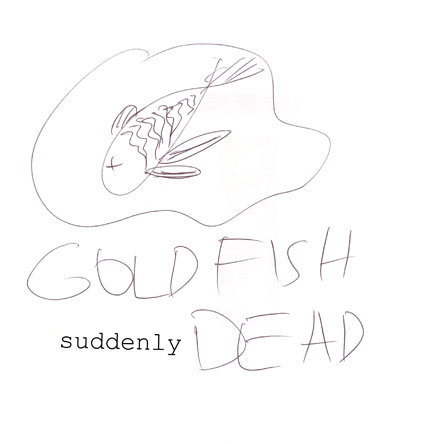 Goldfish Suddenly Dead is a short story about loss: actual, remembered or projected. Yet, death itself – the definitive loss – is neither exalted in this exhibition as a figure nor revered as an icon, but rather humbly present as an unviewed, unspoken rhythm.

XYZ are pursuing their preoccupation with the politics of the personal – the individual coming up against insurmountable dead-ends. Every feeling of smallness, emptiness and powerlessness of the self against the weight of experience is addressed through a brief series of poetic, ironic, and occasionally harsh episodes, within a narrative built into the exhibition space, an experiential environment that will take the viewer from darkness to light and back into darkness. This exhibition is interested in loss and absence as a private, absolutely personal process of facing the inevitabilities of demise; a constant, ongoing fact of life, a life that is composed of small yet crushing realisations – like the child who walks full of anticipation into the bedroom to find its goldfish, having twisted and writhed on the floor for hours in its keeper’s absence, lying in a small puddle, suddenly dead.

XYZ are Xenia Kalpaktsoglou, Poka-Yio and Augustine Zenakos, a curatorial trio based in Athens, who founded the Athens Biennale Non Profit Organisation in 2005. They curated the 1st Athens Biennale 2007 DESTROY ATHENS, and are artistic directors of the 2nd Athens Biennale 2009 HEAVEN, opening June 15th 2009.

Sergei Eisenstein (1898–1948) was a seminal modern artist and legendary pioneer of cinema. The director of masterpieces such as Battleship Potemkin (1927) and Ivan the Terrible (1941), he was also a major art theorist, whose ideas on 'intellectual montage', for instance, created a milestone in the theory of cinema and in revolutionary art. Eisenstein also made intensive use throughout his life of the medium of drawing, often in close connection with, or literally as part of, his theoretical reflections.

Yet despite Eisenstein's enormous influence on 20th century culture, many of his texts have not yet been translated from Russian into other languages, and large parts of his vast body of writings have to date remained unpublished. Similarly, his extensive oeuvre of drawings has only been presented on rare occasions.

The exhibition in Extra City brings together an extensive selection of drawings of the Russian State Archives of Literature and Art in Moscow (RGALI) made by Eisenstein during his visit to Mexico in 1931/32, including works never before presented in public. In Mexico, Eisenstein developed his drawings in a parallel manner to the Surrealists' Ecriture Automatique, producing a large number of variations on recurring motifs, merging archaic and modern myths, exploring obscenity, violence, and forms of ecstasy through a single, amorphous line.

The exhibition will further include short excerpts from the unfinished ¡Que viva México!, the film Eisenstein came to shoot in Mexico, and which he would tragically be excluded from editing. The film's hybrid images depict Mexican life as a simultaneity of past and present. Reminiscent of, and yet surpassing the modern 'primitivist' fascination with the 'archaic', Mexico presented for Eisenstein a tableau of dialectic imagery that allowed him to re-conceptualize the role of modern art and revolutionary cinema in traversing the modern dichotomies of subject and object, rational and irrational, inside and outside, individual and collective, and even death and life.

Further to this we will be presenting the recent publication of Eisenstein's monumental, uncompleted book: Method. Eisenstein conceived this work as being three-dimensional, which he imagined taking a spherical rather than a linear form. The 1.700 pages of text, drawings and notes, oscillating between Russian, English, French, German and Spanish, are being published in a four-volume edition edited by Oksana Bulgakowa for Potemkin Press (Berlin/San Francisco, 2009).

Sergei Eisenstein: The Mexican Drawings is conceived as an introduction to the thematic project Animism, planned for 2010 at MuHKA and Extra City, which addresses the dialectics of subjectification and objectification, mummification and animation, in contemporary art practices.

In collaboration with MuHKA
http://www.muhka.be