If photography freezes a split-second in time, Probst dissects and disperses that moment using a series of radio-controlled cameras to simultaneously record the same instant from multiple angles and distances. The resulting images reveal a number of diverse realities and undermine the notion of photographic "truth". 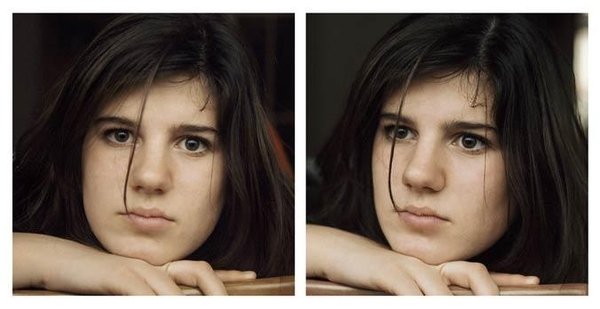 If photography freezes a split-second in time, Barbara Probst dissects and disperses that moment using a series of radio-controlled cameras to simultaneously record the same instant from multiple angles and distances. The resulting images reveal a number of diverse realities and undermine the notion of photographic 'truth'.

The titles of Barbara Probst’s works hint at a forensic enquiry: date, location and precise time are carefully recorded, pinpointing the exact moment captured and apparently confirming the photograph’s status as irrefutable documentary proof of an event. As viewers we find ourselves in the unnatural position of being able to apprehend the same instant from multiple perspectives, to experience time as spatial rather than linear. Constant oscillations between viewpoints prevent us from automatically identifying with the singular position of the photographer, keeping us on the move as we explore these frozen moments and attempt to synthesize the individual images into a comprehensive account of the event. In contrast to the time-lapse photography of Eadweard Muybridge, where sequential images scientifically analyse movement to build a clear narrative, Probst’s fragmentation of the instant challenges our faith in the veracity of any single image, as well as the potential of photography to adequately represent reality. This skepticism is magnified through the variations in technical conditions: in Exposure #9: N.Y.C., Grand Central Station, 12.18.01, 1:21 pm Probst depicts the banal spectacle of a woman in a distinctive green coat wandering through a busy station concourse. The six photographs offer diverse descriptions of the event, using a range of lenses, depths of field and vantage points to reference different modes of image-making from surveillance stills and ‘failed’ snapshots to filmic moments filled with drama. Their placement in series reveals the futility of each photograph’s attempt to capture reality through the various languages of realism.

The lurching switches between modes and styles in Probst’s street scenes are counter-balanced by her subtle – but no less unsettling – intimate double portrait works. Identically shot with only a few degrees difference in camera position, this slight shift is enough to induce a quiet vibration in perception, to once again throw into question our own standpoint as viewers. Discussing her sitters Probst states: "When they're looking at the camera, they're able to defend themselves. From the side, it's as if we're seeing them secretly." Exposing new perspectives is not an attempt to reveal the core of her subjects but rather the processes of perception and the mysterious workings of the photographic image.

Artist Biography:
Barbara Probst was born in 1964 in Munich, Germany and lives and works in New York and Munich. She has been the subject of numerous solo exhibitions, most recently at Domaine de Kerguehennec, Bignan, France, Madison Museum of Contemporary Art, Madison, WI and the Museum of Contemporary Photography, Chicago. Her work was featured at the Museum of Modern Art, New York, in the 2006 “New Photography” exhibition. Upcoming solo exhibitions include a midcareer survey at the Kunstverein Oldenburg, Germany. In 2007, Steidl published an extensive monograph of her work, Barbara Probst: Exposures.