'Everywhere. Sexual Diversity Policies in Art' displays an overview on the representations and narratives of sexual diversity in Art from the 1960's until today. The show investigates and comprises the multiplicity of sexual expressions identified with the acronym LGTBQ (lesbian, gay, transsexual, bisexual and queer). It is structured in several sections in which through concepts and ideas related to a specific historical period. Curated by Juan Vicente Aliaga. 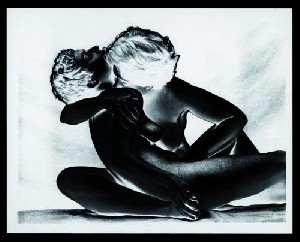 En todas as partes displays an overview on the representations and narratives of sexual diversity in Art from the 1960's until today. Juan Vicente Aliaga thus continues his work at the CGAC from where he left on in his 2007 exhibition A batalla dos xéneros. It was then focused on the foundational moment that the 1970's represented for feminism and gender theories. Aliaga now expands the time scope of his investigation and comprises the multiplicity of sexual expressions identified with the acronym LGTBQ (lesbian, gay, transsexual, bisexual and queer).

En todas as partes is structured in several sections in which through concepts and ideas related to a specific historical period, the curator endeavours to indicate the guides to understanding certain aesthetic key factors and complex experiences. Starting in the sixties and seventies, a paradoxical time in which a clearer visibility of the sexual diversity can be foreseen whilst many repressive laws were still enforced; it flows through the eighties, a decade in which disinformation regarding AIDS incited homophobia and lack of respect towards sexual freedom. It also evolves greatly through the nineties until today, a highly contradictory context, with large legislative differences in between countries, but with a common thread, the persisting social suspicion towards heterodoxy, therefore bringing about the imposition of heterosexual relations as the model.

The title of the exhibition, En todas as partes, refers to the fact that the images, representations, visual culture and the politics emanating from the selected pieces, come from several countries, different and distant amongst themselves. It also refers to human realities, wishes, behaviours, habits and ways of life extendable to the rest of the planet, regardless of skin colour, language, religion and ideology: sexual diversity is global. It is consequently an ambitious and discursive exhibition, thesis-related, which will occupy two of the centre's floors.

In parallel to the exhibition, the CGAC will hold a seminar in which matters related to the exhibition's theme will be addressed with a critic drive against restrictive and sexophobe stances. During the three days of the duration of the seminar, May 18th to 20th, experts, artists and activists such as Beatriz Preciado, Gracia Trujillo, Catherine Lord, Akram Zaatari, Sunil Gupta or Frank Wagner will introduce the public to: gender philosophies, gay and lesbian thought, transgender representations, feminisms and ideas preceding queer theory. Furthermore, complementary to the exhibition, a catalogue with written pieces by the curator, Juan Vicente Aliaga, Manuel Olveira (the CGAC's director), Elisabeth Lebovici, Justo Pastor Mellado and Catherine Lord will be published.

Press and Communication Department
Arantxa Estévez cgac.prensa@xunta.es or call to (+0034) 981546632