Particles of Reality. Deploying painstaking digital marks to create highly lyrical languages, Rovner's layered and intentionally ambiguous work touches on the processes of historical documentation, archaeology, science and choreography to activate states of probing reverie in the viewer. This presentation of sculptures and video evokes a natural history museum display in the main building, while a series of video installations occupy the satellite space. 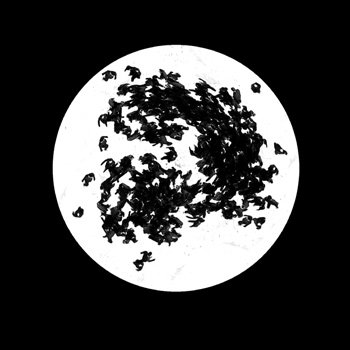 DHC/ART is pleased to present Particles of Reality, the first solo exhibition in Canada by the celebrated Israeli artist Michal Rovner, who divides her time between New York City and a farm in Israel.

Developed in close collaboration with the artist and straddling two sites, DHC/ART's presentation of sculptures and video evokes a natural history museum display in the main building, while a series of video installations occupy the satellite space.

The exhibition features key works including Data Zone (2003), a group of long tables embedded with illuminated Petri dishes in which silent clusters of abstracted figures, which form and reform, evoke laboratory cultures. Merging stone with light, In Stone (2004) and Stones (2006-2009) combine the ancient and the modern, where archaeology is animated by quietly moving imagery recalling hieroglyphs and cave paintings. Finally, a series of mesmerizing video installations Order, More and Culture Plate #7 (all 2003) featuring emblematic, anonymous figures in patterns, culminates in the monumental Time Left (2002), a grand opera of isolation and connection, in which row upon row of human figures forming a vast wall text in motion, endlessly march across the entire perimeter of a room to an unknowable destination.

The exhibition is complemented by continuous screenings of Border (2000), a Kafkaesque, "fictional" documentary shot on the highly charged Israel/Lebanon border that muses on the ultimate validity of such an arbitrary designation, while attempting to locate and cross it; and The Making of Makom (2008), a video charting the construction of a sculptural project where the artist gathers and annotates, as in an archaeological dig, 60 tons of building stones from the remains of Palestinian and Israeli houses to build a deceptively simple structure.

Michal Rovner (b. 1955, Israel) studied photography, cinema and philosophy before co-founding Tel Aviv's Camera Obscura Art School in 1978. She moved to New York in 1988. Her exhibition Against Order? Against Disorder? at the Israeli pavilion was the most talked about installation at the Venice Biennale in 2003. Her work can be found in major museum collections around the world. She has had solo exhibitions at the Whitney Museum in New York and the Jeu de Paume in Paris. Living Landscape, a 13-metre-high triangular video wall interweaving hundreds of pieces of footage documenting Jewish life in Europe, is on permanent display at Jerusalem's Yad Vashem. Rovner is represented by PaceWildenstein, New York, where she has had several exhibitions.

DHC/ART Foundation for Contemporary Art
451 St-Jean - Montreal
Gallery Hours: Wednesday to Friday from 12 pm to 7 pm
Saturday and Sunday from 11 am to 6 pm
Free admission