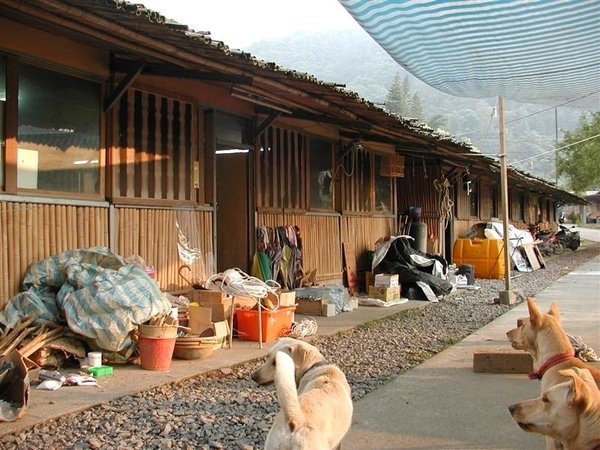 Foreign Affairs presents the process and technique of constant construction and affirmation of identity, deploying a shifting relationship between others and oneself. The construction of the subject is a constant flux of exchanging and addressing with others. Whether with individuals, groups, communities, or nations, the establishment of a relationship must depend on communication and interaction. Particularly Taiwanese people have been locked in a difficult political conundrum in terms of foreign affairs, and have developed their own means of reaction and response, both individually and collectively.

At this year's Venice Biennale, the Taiwan Pavilion takes "Foreign Affairs" as its title and to serve as the exhibition's unifying metaphor and concept. The selection of works explores the practical state of cross-regional art in the context of the operative logic of contemporary global politics, economics and society; alternative possibilities for communicative interaction; and also the question of Taiwan's status and identity. The participating artists, according to their own identities, enter into other regions, with their unique personal modes of practical application – to observe, document, and intervene - in order to interact and collide, with that area of the world, concretely putting a system of foreign affairs into action.

Hsieh Ying-Chun (b. 1954) is a Taiwanese architect who for years has worked under tremendous budget limitations to provide minorities and disadvantaged members of society with collaborative construction. He is an architectural activist who takes social, cultural and economic limitations and ecological concerns into consideration to create dwelling spaces that embody the ideals of "sustainable construction". In addition to working on reconstruction projects following Taiwan's devastating earthquake of 21 September 1999, Hsieh has worked extensively on construction projects in rural China. He is currently assisting China in the country's reconstruction efforts after the Sichuan earthquake of 12 May 2008. Hsieh puts architecture into action beyond plights and economic constraints, taking up the mantle of "foreign relations" through direct deeds.

Chen Chieh-Jen (b. 1960) has long employed trenchant, poignant images to open up a dialogue with the West about global relationships of history and power, the plight of labour workers under globalisation, and the possibilities of exposition and action. His new work, Empire's Borders I (2009), is a film that opens showing the various and sundry checks that Taiwanese citizens must endure when applying for a U.S. visa for business, tourism, or family reasons. From there, it discusses how the empire employs all means at hand to penetrate every other area with its imperial mentality. In one sense it coaxes out the thinking embedded and internalised in their consciousness, while in another, the acts of writing and speaking about it are the beginning of a movement to "eliminate imperialist mentality." In other words, for Taiwanese citizens this work has the effect of stripping away internalised imperialist mentality and enhancing self-awareness. For the Empire, it is a "foreign affairs" protest at its domineering attitude towards foreign relations.

Chien-Chi Chang (b. 1961) has long focused on various social issues through the lens of documentary photography. Among his best known works are photos chronicling illegal workers in New York's Chinatown(China Town); The Chain, a series of photographs taken at Longfatang, a controversial psychiatric shelter in southern Taiwan; and the matchmaking and courting rituals that bring Taiwanese men and Vietnamese women together in marriage (Double Happiness). Chang began his uninterrupted observation and chronicling of the lives of illegal immigrants on the streets of New York's Chinatown in 1992, traveling to Fujian province in China to visit their families and relate the unique tales of these people that live on the margins of society. In the photography process, the photographer becomes a part of the subjects' lives, so that a total state of disarmament is reflected in front of the camera. Chang has chosen to work with disenfranchised and exiled people around the world, getting along with his subjects for extended periods to establish trusting and friendly relationships, creating a sense of belonging for the homeless-ness.

Cheng-Ta Yu (b. 1983) is a member of a generation that did not experience the stormy "identity" discourse that led up to and succeeded the end of 40 years of martial law in Taiwan (July 15, 1987). Yet he lives in an age fraught with issues that result from the most varied ethnic groups living together. Cheng-Ta Yu's latest work is a video documentation of two Philippine women who married Taiwanese men and work in Taipei. After more than a decade living in Taiwan, local language has become a tool in their daily lives, but in his interaction with them, Yu tries out three different languages (Mandarin, Taiwanese, and English), taking on some of their idiosyncratic pronunciations in his conversations. Tip-toeing around the minefields of broken language, misunderstandings and corrupted accents become the norm. To conclude the video with a note of levity, the women sing a song in Mandarin in an effort to liberate everyone from the language barriers that inevitably formed in their conversation, and to dismantle the grave notion of cultural difference. Cheng-Ta Yu's "broken language diplomacy" is testimony to the possibility of establishing a mixed culture that is lively, optimistic and constructive.

The four artists all long focused on the unequal treatment of the disadvantaged in the midst of globalisation, and have taken action through distinctive, personal, and practical means. Furthermore, they have all engaged in dialogue and interaction with other areas of the world, from the individual identity of an artist and through direct involvement, even personally colliding with specific international systems in order to highlight its problematics.

The exhibition explores the current state of the individual in the imbalanced unsymmetrical circumstances of globalization, presenting personal, informal projects and practical applications of "actual foreign affairs".