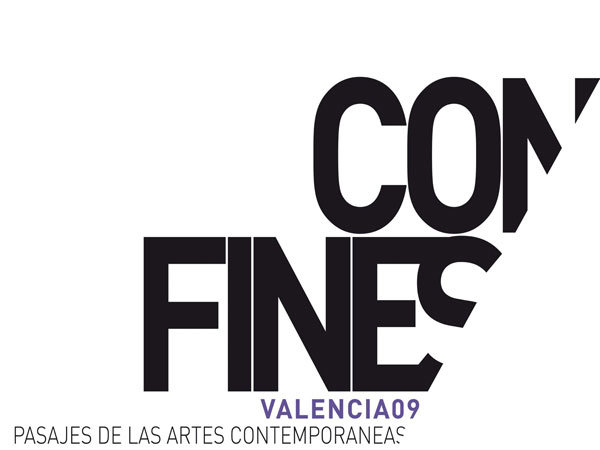 What does border mean? What is the deep meaning of this word? To what does it refer? To the defence of something? Or to openness to the unknown? To something that separates us from a world of which we know nothing? Or to an impulse towards something that we do not yet know?

Border is a term with many nuances. It indicates wounds that link the known and the foreign. Parentheses that speak of closeness and distance. Ridges where one point touches another. Something that is on this side and that side of a frontier: something that divides our dwelling place from the rest of the world.

This ambiguous, elusive theme is the underlying subject of Valencia 09. An itinerary comprising various sections inspired by a single theme. A kind of film of our present subdivided into four closely connected long sequences. Pieces of a mosaic that seeks to investigate the passages between languages and the dialogue between the arts and the territories of modernity. A reconnaissance that aims to give an up-to-the-minute report on contemporary experiences and that aspires to foreshadow the future.

An exhibition of prose and poetry that sets out to take the measure of the forms of actuality and attempts to evoke, suggest or define unexpected correspondances.

There is a rediscovery of the value of militancy and commitment, going beyond any ideology and any naturalistic option. There is a regaining of the dimension of critical consciousness in a season of disenchantment. The works selected interpret the – changeable, convulsed and contradictory – scenarios of our time. They document and provide testimony and reinvent moments of the reality in which we move every day, a reality which, contrary to what is frequently maintained, is not an expression of a liquid modernity but is marked by the constant re-emergence of walls. For urban landscapes are designed without ripples. Yet, though we build cities in which many barriers are dissolved, we devise buildings that reaffirm the importance of obstacles, limits and barriers.

Similar fluctuations run through this exhibition, the first part of which consists of a historical-lyrical prologue (The History of the Border), a survey of the ways in which artists have treated the theme of the border by organizing a complex alphabet of abstract lines. The next two parts (The Borders of Time and The Geography of the Border) proceed from this premise, exploring various features of our planet and reading the space of the outer covering: a surrounding to protect things from external incursions. Finally there is the prophecy of Visions of the Frontier, offering utopian contexts in which any delimitation is dissolved.

An exhibition project that seeks to raise questions about the very identity of our age of borders.

THE BOUNDARIES OF TIME
wrinkles in time/images unconfined
curators / Robert Storr and Francesca Pietropaolo
gallery 8
This exhibition will include a selection of recent videos by a total of eleven artists, from consolidated creators to emerging artists from Europe, Asia and North and South America. Focusing on temporary current works, the exhibition will show how artists today deal with the experience of time and its limits, insinuating in doing so some of the emerging patterns although without attempting to provide a complete catalogue of them. The videos selected will underscore the capacity of grasping the figurative, the evasive and the evitable to evoke moments of unlimited time: that is what we are left with and therefore what is recuperated once again. They all share concern about the disappearance of frontiers and the collapse of temporal linearity practised by artists of different generations and cultures, also with diffe rent formal, co n ceptual and poetic approach: Jaishri Abichandani, David Claerbout, Harry Shearer, Jonas Mekas, Liliana Porter, Olga Chernysheva, Patricia Esquivias, Sun Xun, and ZimmerFrei.

This exhibition is articulated along a line –understood as the boundary par excellence– which does not follow a chronological order but is arranged according to themes, creating a sequence of monographic stanzas similar to little secular cathedrals. It is a lyrical exhibition itinerary that goes through some essential articulations to research the dialogue between realism and abstraction, to go from the visible to the invisible, from the presence of the world to its disappearance, to an unexpected final revelation. We are about to embark on a journey from the earth to the heavens, from Mark Rothko’s erased places to Anselm Kiefer’s imperfect constellations. Among the artists present in the exhibition are: Mark Rothko, Barnett Newman, Frank Stella, Sean Scully, Daniel Buren, Pierre Soulages, Gerhard Merz, Lucio Fontana, Miquel Navarro, Alan Charlton, Dan Flavin, Anish Kapoor, Alberto Burri, Antoni Tàpies, Agostino Bonalumi, Bernar Venet, Carl Andre, Gordon Matta-Clark and Anselm Kiefer.

Opening on 28th May