Museum of the City


Museum of the City

Museum of the City, New York 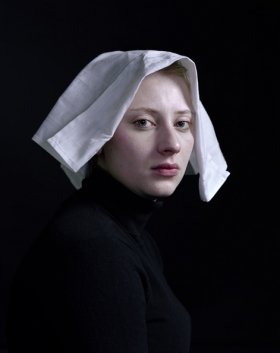 From June 10 until September 13, the Museum of the City of New York and Foam_Fotografiemuseum Amsterdam will present Dutch Seen: New York Rediscovered. Guest curated by Kathy Ryan, Photo Editor of The New York Times Magazine, the exhibition will mark the 400th anniversary of the Dutch arrival in Manhattan and feature the work of contemporary Dutch photographers. The artists featured in the exhibition range from the legendary Rineke Dijkstra to emerging artists who are just now gaining recognition like Charlotte Dumas and Morad Bouchakour. This exhibition presents New Yorkers with some of the most exciting imagery in the photographic medium being done by the Dutch.

Through their considered gaze, the participating Dutch photographers will give a portrait of what New York City is today. The rich diversity, energy, tolerance, and commerce the Dutch brought with them to the first settlements, along with the stunning landscape that originally attracted the Dutch to the region 400 years ago still define New York City today and will be clearly visible in the photographs on display. The concept of the exhibition is created around the theme ‘portrait of the city’. The exhibition will consist of portraiture, landscapes, still lives, conceptual photographs, and documentary photography. It will be modern work, firmly rooted within the Dutch tradition.

The majority of the work in the exhibition will be created and premiered in this exhibition. A fully illustrated catalogue featuring work created by all of the participating photographers shall accompany the exhibition.

The 13 artists and their lines of inquiry are (listed alphabetically):

Over a period of four years Danielle Van Ark (b. 1974, Schiedam) photographed New Yorkers attending art gallery and museum exhibitions for her series For Art’s Sake (2005-09).

For his street photography series Menhattan, Morad Bouchakour (b. 1965, Brussels) went to neighborhoods throughout the city, including those in Harlem, the Bronx, and along Park Avenue.

Charlotte Dumas (b. 1977, Vlaardingen) made portraits of shelter dogs, in all five boroughs, lit and styled in the tradition of Dutch old master paintings.

Hendrik Kerstens (b. 1956, the Hague) made large formal portraits of his daughter, Paola, who has been his muse and virtually only sitter throughout his career; the portraits evoke “Dutchness” with wit and deceptively clever time-warping through the use of costume and painterly lighting.

Inez van Lamsweerde (b. 1963, Amsterdam) and Vinoodh Matadin (b.1961, Amsterdam) made portraits of well-known New Yorkers and celebrities, many of which have appeared in The New York Times Magazine. 14 works will be on show, including new portraits of the Vreeland Brothers, Chiara Clemente and Lou Reed.

Arno Nollen (b. 1964, Ede) made portraits of people on the street in New York City; the works are arranged in a grid of 88 photographs.

Erwin Olaf (b.1959, Hilversum) made conceptual, staged portraits of African-American families of the early 20th century, photographed entirely in his studio.

Misha de Ridder (b. 1971, Alkmaar) made monumental landscapes, including the forests, the wetlands, the rolling hills, and abundant wildlife; Jamaica Bay, Great Kills Park, and other exotic and beautiful places along the Hudson river banks from which 5 works will be featured in the exhibition.

Jaap Scheeren (b. 1979, Nijmegen) made playful photographs of situations and encounters that the 17th century explorers may have found, staged within modern-day New York City.

stampa
permanent link
Museum of the City
IN ARCHIVIO [8]