Work by more than a dozen groundbreaking artists 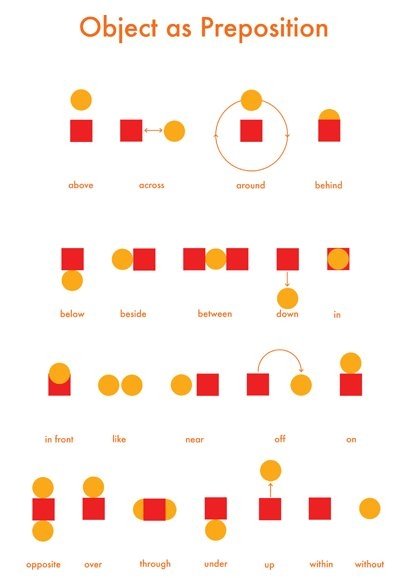 bitforms gallery is pleased to announce a group exhibition that celebrates art and ideas in a new publication by art historian Edward Shanken, Art and Electronic Media. Highlighting work by more than a dozen groundbreaking artists, the exhibit "Art and Electronic Media" embraces a wide range of creative practices in the last four decades.

As visual artists embraced emerging theories and techniques of information, computation, and communication in the 1960s and 1970s, many partnered with research laboratories and broadcast networks. The artist Manfred Mohr, for example, who was inspired by German philosopher Max Bense's "information aesthetics," used the Fortran programming language to create ink drawings with a Benson flatbed plotter at the Institut Météorologique in France. By 1971 Mohr displayed his work at the Museé d'Art Moderne de la Ville de Paris in the first museum exhibition comprised solely of computer-generated images. Among work from this period included in "Art and Electronic Media" is P-52c (Quark Lines).

That year in the United States at Bell Labs, artist Lillian Schwartz collaborated with Kenneth Knowlton to create Olympiad, a rhythmic and mathematically rigorous 16 mm computational film that was inspired by the cycles of kinetic human form captured by 19th century photographer Eadweard Muybridge. Later, echoing Schwartz's interest in figurative representation and film-making, Jim Campbell created Ambiguous Icon #1, Running Falling (2000), a flickering, pixel-based experience generated by LEDs arranged in a Cartesian grid. Recognized as a key work in the vocabulary of today's visual arts dialog, the moving imagery in this piece operates at the borderline of perception and abstraction.

At the turn of this century, a new generation of artists first gained recognition in exhibits such as "BitStreams" and "Data Dynamics" at the Whitney Museum of American Art in 2001. Pieces from this period in the exhibition include the emblematic oak and steel Hammers by Robert Lazzarini, and video documentation of the performance Dialtones (A Telesymphony) by Golan Levin, which premiered at the Ars Electronica Festival in 2001. Also included is a c print by C.E.B. Reas, Process 8 (Image 2), which frames a discreet two-dimensional moment from an emergent geometric system: "Set the size of each circle relative to the distance between the centers of the overlapping elements. Draw the smallest circle as black and largest as white, with varying grays between."

Performance art history and the trajectory of kinetic sculpture also offer conceptual frameworks for understanding the loose definition of an art form that engages the perpetual impact of new tools on civilization. Incorporating a telephone and old messages from Laurie Anderson's answering machine, Connections (1996) is a sound work that is both voyeuristic and compelling with its approach to non-linear storytelling. Also on view, a surreal sculpture by Tim Hawkinson clanks out a rendition of Jim Croce's "Time in a Bottle" using a rotating thermos and steak knives. In the late 1970s Tony Oursler also emerged with video and installations that combined spoken text, moving images, puppetry and sculptural objects. Included are collages on paper from 2005, Smoke and Gravity, which reveal Oursler's continued playful pursuit of human form and psychology.

Jennifer Steinkamp's computational approach toward video installation, as seen in Dance Hall Girl 11, portrays a feminist agenda which is also critical in the discussion of New Media as a genre. Colorful bouncing blossoms in this work bring to the table a conversation about social status of saloon workers in the old American West. This provocative visual and social dialog continues in a forthcoming documentary by Lynn Hershman Leeson, "Women Art Revolution", which includes intimate interviews, art, and rare, historical film and video footage that annotates evolution of the Feminist Art Movement over the last four decades. Hershman has taken a radically democratic step toward global access to all the raw footage used in this film by partnering with Stanford University's Special Collections and Gender Studies Division, which is digitizing more than 200 hours of video and will, when the film is released next year, publicly distribute it online along with a robust interact ive wiki.

The 20th century saw parallel developments in broadcast communications and conceptual art - which at this point today has influenced a mutable form that is easily migrated and translated across media. In the work of Michael Joaquin Grey, states of matter and culture in flux are molded into systems of syntax. A wall drawing created in 1988, Object as Preposition defines physical form as temporal, spatial or logical relationships- thus evolving the grammar of art from a noun, into a verb and ultimately into a transitional link of connection.

By the late 1990s, Nicolas Bourriaud's influential vocabulary of relational aesthetics had also impacted artists experimenting with the Internet. Immateriality and networked architecture are featured in the work of Mark Napier, who constructed an online studio in 1998, potatoland.org, that debuted painterly alternative web browsers such as Shredder and Riot. In a recent generative collage using imagery culled from the Internet, Napier builds a screen-based Cubist portrait of Pamela Anderson that is reminiscent of marionette puppetry and Duchamp's Nude Descending a Staircase. Also included as a special New York premiere is video documentation of a new installation by Mexican-Canadian artist Rafael Lozano-Hemmer, who is known for his large scale interactive public work. His "Antimounuments" challenge traditional notions of site-specificity, and instead focus on the idea of creating relationship-specific work through connective interfaces.

Edward Shanken is Assistant Professor of New Media at the University of Amsterdam. For more information on the author and the book, please visit http://www.artexetra.com