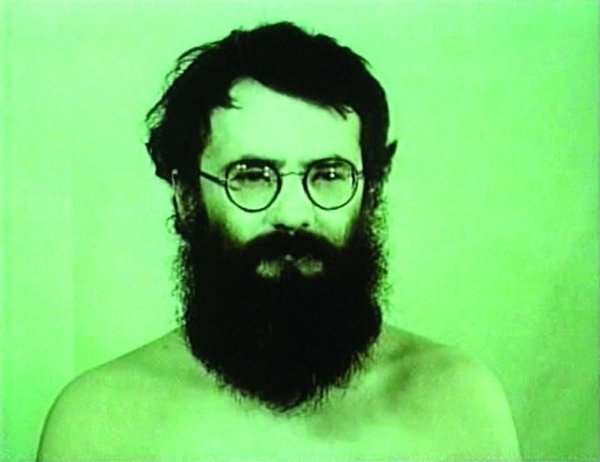 The first European colonists disappeared, leaving behind their settlements and a paper note with words 'Gone to Croatans'. The Croatans is a name of an Indian tribe neighbouring the settlement. They are said to have murdered the settlers, however reports concerning green-eyed Indians seem to contradict that version of events. There is a hypothesis that the settlers went on a trip that shifted them into another dimension.

Disappearance is generally associated with defeat. What is invisible is the external of public life, and the invisible has no influence on the direction the society is taking. What will happen, however, if we scrutinise specific gestures? If we face attitudes that treat 'descending underground' as an element of strategy? Those micropractices frequently constitute exercises in Utopia, which – although impossible in a global sense – might perhaps be within the individual's reach.

Social exclusion may occur in various forms. It may be caused by a series of unfavourable circumstances, yet it may also constitute an autonomous decision of a person excluding oneself. The project aims at exploring these practices and their causes. It concentrates on various gestures that establish private utopias.

In the early 1960s Marcel Duchamp remarked, that due to commercialisation of the world of art, the only solution left for a great artist of the future would be descending underground, becoming invisible. This hypothesis was accomplished in the attitude of the neo-avant-garde artists. However, how can it be accomplished in the times, when a radical social change is perceived as a thoroughly utopian aspiration?

However, disappearance does not mean the lack of voice. The voice of the disappearing will be supported and enhanced through artistic interventions. Each of the artists prepared a work consisting in the transfer to the outskirts of social space. These works mark out a hardly graspable borderline between the private and the public, but also between the real and the imagined.

Works and gestures that have come to light during the project 'Gone to Croatan' reveal real stories of disappearance and detective search for traces of what has become ghostly, and confront them with artistic fiction taking up the theme of self-exclusion. The figures of investigators fail to meet those they are trying to find. The idiots preparing ground for establishment of their own, private utopias, are looking for the sense of life. All this happens by the light of the moon, which – on the one hand – is a symbol of alienation, and – on the other – a patron of poets. The protagonists of Fischli & Weiss' 'The Right Way' discover genuine spontaneity in musical improvisation by the light of the moon. It is sound that transports the emptiness created by leaving. Perhaps, ghosts are merely musical vibration of the air.