For 'Selective Whole' the Parel has chosen fourteen artists that live in The Netherlands and who have already worked with our Amsterdam gallery. The curators have selected one specific work or series from each artist. This method developed out of the organization's strong wish to present Los Angeles with an exhibition of both coherent content and visual vigour. 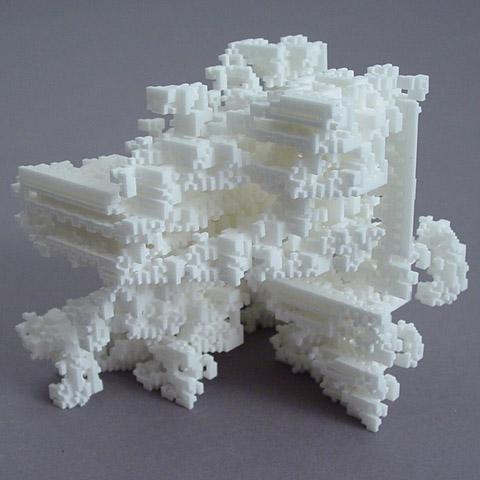 Introduction
At the beginning of 2001 the Parel was approached by Raid Projects, an artist initiative from Los Angeles. The RAID organization was looking for an Amsterdam based partner to co-operate and exchange with. After a few personal meetings and extensive deliberation it became apparent that both organizations operate on a similar basis and strive for the same objectives.

On November 18 2001 the exhibition 'L.A. Projects' opened at the Parel. Raid Projects selected ten American artists. They showed their work in our exhibition space in Amsterdam over the course of a 4 week period. 'L.A. Projects' proved to be a proficient and beneficial way of introducing the local public audience to young contemporary art from the West Coast of the United States.

The exhibition 'L.A. Projects' helped to further establish the early relations between the Parel and Raid Projects. As a direct result the Parel organization received an official invitation to curate an exhibition in the Raid Projects space in Spring 2002. The organization has decided to select artists whose work has been shown in the Parel over the past season. In accordance with one of our objectives to try and built up an international network, the Parel gladly accepted this invitation to present in Los Angeles. Although the Parel for some time now has featured the work of foreign artists, this will be the first time that the initiative will host an exhibition outside of The Netherlands. The Parel organization sees it as a unique opportunity for the participating artists to show their work in the art scene of Los Angeles. This project will also enable them to expand their network and establish new contacts. The exchange would also be beneficial for the growth of the Parel as a Gallery known to the public for exhibiting international and contemporary art that draws cultural comparisons between various artistic social climates and methods of art making.

Concept
For 'Selective Whole' the Parel has chosen fourteen artists that live in The Netherlands and who have already worked with our Amsterdam gallery. The curators have selected one specific work or series from each artist. This method developed out of the organization's strong wish to present Los Angeles with an exhibition of both coherent content and visual vigour. The working title refers to the discourse that can be derived from the strategies by which the artists (which were selected for this exhibition) operate.

Our increasingly complex society is played out more and more on the level of information structures and telepresence. The omnipresent media shapes and manipulates this complexity and seems in turn to define a new reality, or at least a new version of 'a reality.' These media technologies simultaneously appear to be the only means by which to describe and comment on this new complexity.

The influence of the media as a perpetuator of an information-controlled society can easily be detected in the work of young artists. More and more artworks pay homage to the attainments of our information-society. This is shown for instance in artists growing use of advanced techniques and information-networks, such as the Internet in their artwork. The means by which the work itself was created is apparent to the spectator.

Technique is as much a result as it is a means. Both visually and by content these works refer directly to techniques that made them possible.

The influence of media control is at the core of the works made by the artists that the Parel has invited to participate in the exhibition. In order to define an image, the artists employ advanced technical developments and media-influences during the construction of their works. In other words, the outlook of the works themselves is still founded upon perspectives that are consequential of a (media generated) fragmented reality. The selected artists integrate the technical attainments in the thinking process and preparatory stage in their working process, but they are not necessarily apparent in the final work of art. The processes and consequences of the information society are manifested in the way these fourteen artists select and treat their subjects.

Moreover they are not pretending or aspiring to describe reality as such but to reduce the complexity of it through selection, extraction and abstraction. The works reflect an understanding of a multi-layeredness of contemporary reality. The choice for a premeditated almost programmatic and pragmatic way of working leaves a clear image that refers to the complexity of the present social structures and therefore conditions.

The different works of art each refer to a part of the fragmented reality. By bringing them together the Parel presents an exhibition in which an exchange between the different fragments takes place. In other words: the selective visions of the individual artists will present the audience with a complex whole.

This project was made possible by the generous sponsorship of the Consulate General of The Netherlands in Los Angeles, Leo Bouter. Also by the Prins Bernhard Cultuurfonds in Amsterdam and The Netherlands America Foundation (NAF) in New York.