The Discovery of Spain

Goya to Picasso. A spectacular celebration of Spanish culture, as seen through the eyes of artists and art collectors during the 2009 Edinburgh Festival. The exhibition explores the work of 19th - and early 20th-century British artists, such as Sir David Wilkie, David Roberts, John Phillip and Arthur Melville, who were captivated and inspired by Spain. Outstanding examples of Spanish art, including works by Velazquez, El Greco, Murillo and Zurbaran, will form a dramatic centerpiece for the show. 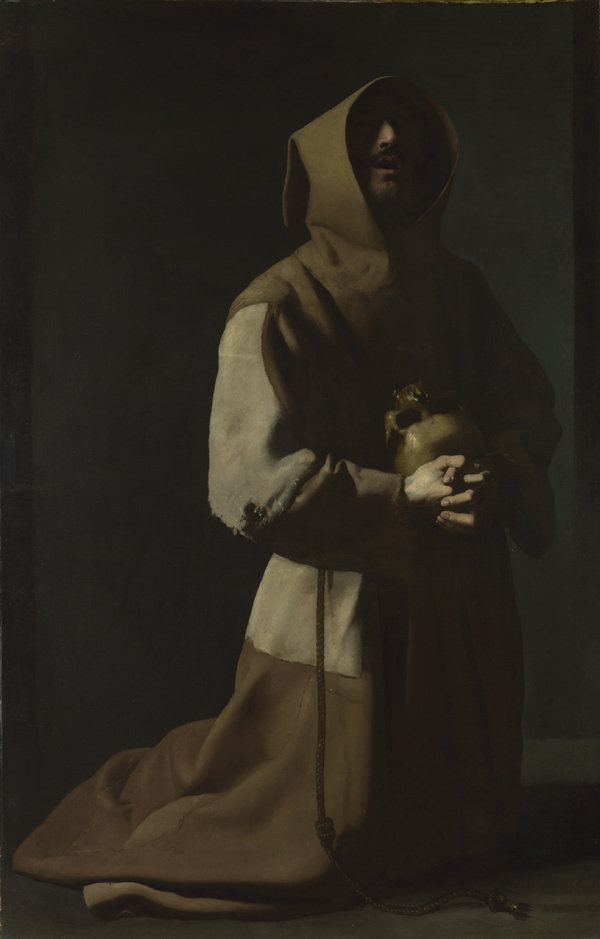 A spectacular celebration of Spanish culture will bring some Mediterranean colour to Edinburgh this summer, as the National Gallery of Scotland unveils the highlight of its festival programme for 2009. The Discovery of Spain will explore the fascination for Spanish art and culture in nineteenth and early twentieth-century Britain, and examine the taste of Hispanophile collectors and artists. Outstanding examples of Spanish art, including works by Velázquez, El Greco, Murillo and Zurbarán, will form a dramatic centerpiece for the exhibition. Paintings by major British artists who were captivated by the experience of travelling through Spain will also dominate the show; these include important paintings by Sir David Wilkie, David Roberts, John Phillip, Arthur Melville and David Bomberg.

The Discovery of Spain can only be seen in Edinburgh, and will include over 130 paintings, watercolours, drawings, prints and photographs, with important loans from the Royal Collection, the National Gallery, London, Tate, and other distinguished public and private collections across the UK.

Spain is now a familiar and much-loved part of the British view of Europe, but in the eighteenth century it was relatively little known. The Discovery of Spain will explore the process by which this changed, and convey the excitement of the period from 1800 to the 1930s (the eras of Goya and Picasso), when the country’s architecture, customs, fashions and painting were gradually ‘discovered’ by artists and collectors, and created a sensation in Britain.

The period covered by The Discovery of Spain begins and ends with conflicts which prompted extraordinary artistic responses from both Spanish and British painters - the Peninsular War (1807-14) and the Spanish Civil War. In the first of these, British military intervention played a key role in Spain’s struggle for independence from France, and artists from both countries drew inspiration from the dramatic events of the war. Goya sensitively depicted the British hero, The Duke of Wellington (National Gallery, London), and the harrowing reality of the conflict in his Disasters of War prints; while Sir David Wilkie adopted a more romanticised approach in his magnificent The Defence of Saragossa (Royal Collection).

The Defence of Saragossa proved extremely popular on Wilkie’s return to Britain and the series of paintings to which it belongs was quickly acquired by King George IV. Its popularity reflected a growing enthusiasm among British artists for Spanish subjects, which developed throughout the nineteenth century. A major stimulus to this was the publication in 1845 of Richard Ford’s Handbook for Travellers in Spain. A landmark in travel literature, it helped shape the British perception of Spain, as did the brilliant watercolours and oil paintings of artists such as John Frederick Lewis, David Roberts and John Phillip, who toured extensively through the country, delighting in its culture, customs, costumes and architecture.

Phillip painted animated studies of Spanish life, sometimes on an epic scale, among which ‘La Gloria’: A Spanish Wake (National Gallery of Scotland) is the supreme example. At the time of its purchase in 1897, Phillip’s masterpiece was the most expensive painting the Gallery had ever acquired. David Roberts’ extended trips to Spain in the 1830s and ’40s (during which he produced beautiful studies of buildings such as the cathedrals in Burgos and Seville) were a prelude to his work in Africa and the Near East. To their fascinated British audience, the work of these artists depicted an irresistible culture hovering between the familiar and the exotic. The architecture of Moorish Spain, represented in the exhibition through the work of Owen Jones, provided a decorative vocabulary which was to have a significant impact on Victorian design, and enriched further the perception of Spain as being quite unlike any other part of Europe.

Richard Ford was also a discerning critic and connoisseur who contributed to the growing awareness of Spanish art in Britain. The Discovery of Spain will celebrate the extraordinary quality of the collections of Spanish painting formed in the nineteenth century by figures such as the Duke of Wellington, Sir William Stirling-Maxwell and John and Joséphine Bowes. Among the outstanding loans exploring their taste will be Velázquez’s A Spanish Gentleman (Apsley House), Zurbarán’s St Francis in Meditation (National Gallery, London), El Greco’s The Tears of St Peter (Bowes Museum) and Woman in a Fur Wrap (Pollok House), and Murillo’s Flower Seller (Dulwich Picture Gallery). Such works created a complex and layered image of the ‘golden age’ of Spanish art, ranging from the moving and profoundly spiritual paintings of Zurbarán, to the sensual appeal of El Greco’s portraits, and charm of Murillo’s scenes of everyday life. It was above all Velázquez’s achievement which exerted a powerful influence upon generations of painters in Britain. The various ways in which this was felt will be explored in the exhibition through works such as Sir John Everett Millais’s Souvenir of Velázquez (Royal Academy of Arts), John Singer Sargent’s Portrait of W. Graham Robertson (Tate) and James McNeill Whistler’s Brown and Gold (Self-Portrait) (Hunterian Art Gallery).

In the closing years of the nineteenth century and the early part of the twentieth, the explorations of British artists in Spain extended beyond the urban centres, when painters such as Arthur Melville, William Nicholson and David Bomberg became attracted to the qualities of brilliant light and vibrant colour to be found in the varied landscapes across the country. The sun-filled exuberance of Nicholson’s Plaza del Toros, Málaga (Tate), was in stark contrast to the more sober tones for which the artist is better known, while Melville’s vivid sense of colour found its perfect expression in watercolours such as The Orange Market, Saragossa (Fleming Collection) and oils such as A Spanish Sunday; Going to the Bullfight (Dundee University).

The exhibition’s last section will address the crisis of Spanish Civil War in the 1930s, which prompted a new sense of sympathy with Spain on the part of many British people. It will include Picasso’s extraordinary Weeping Woman (Tate), which toured Britain with the artist’s iconic depiction of the devastation and suffering caused by warfare - Guernica - in 1938. The painting will be shown along with the artist’s preparatory drawing for it and a related etching. This group will form a powerful finale to The Discovery of Spain. They will be shown alongside diverse and richly imaginative responses to the conflict from major British artists, such as Percy Wyndham Lewis, Edward Burra and Henry Moore.

The Discovery of Spain has been organised by Christopher Baker, Deputy Director at the National Gallery of Scotland, and guest-curated by Dr David Howarth (University of Edinburgh) and Dr Paul Stirton (University of Glasgow). A team of specialists will contribute essays to the catalogue, which will make a major contribution to the study of Hispanic-British cultural relations: David Howarth, Paul Stirton, Nick Tromans, Hilary Macartney, Michael Jacobs and Claudia Heide.

To complement the exhibition, a special education programme has been devised to cater for a wide variety of audiences. This will include lectures for adults, theatrical and musical evenings, and events for schools and community groups. Speakers contributing to the lecture programme include the broadcaster Andrew Graham-Dixon, the artist Alison Watt, the critic Richard Cork, and Gabriele Finaldi, Deputy Director of the Prado. In addition, an international conference exploring the issues raised by the exhibition will be held at the National Gallery of Scotland in October 2009; the papers will be published in 2010.

A TASTE OF SPAIN
To coincide with the opening weekend of the exhibition Edinburgh – A Taste of Spain (17-19 July) will be held on the Mound, outside the National Gallery in the heart of Edinburgh. The Spanish regions will provide live music, theatrical performances and the opportunity to taste superb food and wine.

The exhibition is generously supported by The Friends of the National Galleries of Scotland, The Spanish Tourist Office, The Spanish Ministry of Culture and The University of Edinburgh.