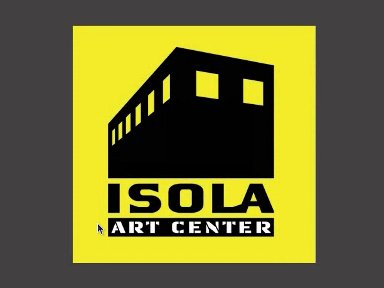 4th Edition: The Symbolic efficiency of the frame. The exhibition is planned to take place in Hotel Dajti. This is a once upon a time the most grandiose hotel of Albania, built by fascist Italy in the late 30ies. In an attempt to critically respond to the wild urban and architecture development of the city, this year's edition aims at expanding beyond the field of visual arts, into the domain of architecture and processes of urbanization. This year the biennial will have 3 episodes curated by Edi Muka and Joa Ljungberg, Stealth.unlimited and Corinne Diserens. 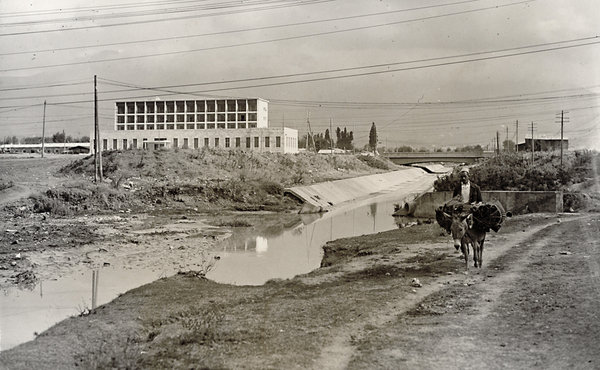 T.I.C.A.B – Tirana International Contemporary Art Biannual is the biggest international art event of Albania that aims at using contemporary art as a tool to analyse our contemporary condition and constitute a critical voice in the social discourse. The next edition of T.I.C.A.B is scheduled to be held in September – October 2009. The working title of the event is: “The Symbolic Efficiency of the Frame”, while the exhibition is planned to take place in Hotel DAJTI. This is a once upon a time the most grandiose hotel of Albania, built by fascist Italy in the late 30ies. For many years during our communist past, it was the only place where foreigners were brought, but no Albanians were allowed inside. Now it lies looted and vandalized in the middle of the city, waiting to be transformed, probably into the ministry of Foreign Affairs in the future.

Building on the successful experience of its previous editions, T.I.C.A.B will continue its consecutive openings’ structure, built through different episodes, corresponding to the number of invited curators. In an attempt to critically respond to the wild urban and architecture development of the city, this year’s edition aims at expanding beyond the field of visual arts, into the domain of architecture and processes of urbanization.

This year the biennial will have 3 episodes with the following structure:

We take this notion as a starting point to enter a discussion about the complex and manifold nature of “the real” and its many “appearances”, and the various ways how we perceive reality and relate to our history. Independently from which angle we look or what methodology we employ – be it scientific, aesthetic, or philosophical - what interest us are the inherent gaps that manifest themselves in this constantly shifting process of perception. A “frame” or its notion is something we use in order to define, discern or cut off in order to highlight. In other words, a frame or the process of enframing is our way to relate to the ungraspable essence of the reality that surrounds us. The frame thus is not merely a physical construction, but most of all a mental one, a way that helps (or hinders) our perception of the world and the society.

When talking about the reality and its appearance in his book “The Parallax View”, Slavoj Zizek mentions the example of the theatre-like structure built in the South Korean border, where a large screen-like window opens out onto the North Korean part, and he asks: ”Is this not a pure case of the symbolic efficiency of the frame as such? A barren zone is given a fantasmatic status, elevated into a spectacle, solely by being enframed. Nothing substantially changes here – it is merely that, viewed through the frame, reality turns into its own appearance.” He continues further down by saying that: “…it is not enough to display the mechanism behind the frame, the stage effect within the frame acquires an autonomy of its How are we then to read our overall current condition and recent past? Are we to believe the jolly promise of a forthcoming “consensual world”, depicted by many as the unavoidable future of a post-political world, or should we reluctantly try to “re-frame” the picture put in front of us? How far can cognitive sciences take us in such processes as knowing of the self, identity formation and other ontological problems? What possible “frames” can we use to enable a more multilayered reading of reality?

As a physical departure point informing our endeavour we shall take the empty, vandalized building of the former Hotel DAJTI. Located in the Tirana city centre the once grandiose Hotel DAJTI lies in decay waiting for its eventual future transformation. A historical and architectural landmark, a silent but vivid witness of ideologies and power structures that built it and used it during the years, Hotel DAJTI with its ravaged walls and floors presents a perfect “symbolic frame”. Inviting the artists to interact with it, we aim at interrupting the linear flow of time to which DAJTI has succumbed. This interaction we hope, will create the necessary gaps through which we’ll be able to step out of a one dimensional reading of history, opening up to critique and analysis of our historical past and seemingly non- ideological present, encouraging imagination and aiming for a deeper understanding of our contemporary condition.

Stealth.unlimited (set up in 2000 by Ana Dzokic and Marc Neelen) is a practice based between Rotterdam and Belgrade. Organizers of a great number of projects that deal with the complexity and inconsistency of the contemporary city such as Wild City (Belgrade), Urban Catalyst (Amsterdam), Challenging the Conservative Brain (Kunstverein Munich), Cut for Purpose (Museum Boijmans van Beuningen, Rotterdam), Lost Highway Expedition (Western Balkans). Curators of the Dutch Pavilion in the last Venice Architecture Biennial, 2008.

For 2009, TICA aims at continuing the broad base of events that characterized its first year of activity. However, there will be a shift in attention regarding TICA’s main effort, which will focus on the realization of the new edition of T.I.C.A.B – Tirana International Contemporary Art Biennial. T.I.C.A. will continue nonetheless to give special attention to its A.I.R. program.

A special emphasis will be put on a series of theoretical as well as hands on workshops involving artists and authors from the world shall be at the core of our program, enabling thus the enlarging of knowledge horizon and the development of artistic practices of local artists.

Within this framework, T.I.C.A. is planning a series of one man shows with local and international artists, through which we will try to activate an area of the city, trying to turn it into “artist’s quarters”. Also in 2009, T.I.C.A. will start the implementation of the long term collaborative project “INDIVIDUAL UTOPIAS”, developed with Pro.Ba, Sarajevo and KUDA, Novi Sad.