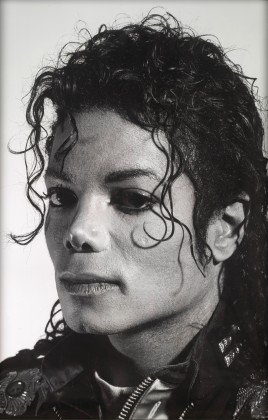 Whatever their artistic origins or national provenance, Erwin Wurm, Gottfried Helnwein, Helmut Newton, Franz West, Chuck Close and John Coplans as well as Elke Krystufek and Marie Jo Lafontaine focus on the body, its qualities of expression, or text and body (image) combinations in their works. The exhibition Body and Language presents these artistic positions in a show comprising about 80 photographic works from the holdings of the Albertina.

Erwin Wurm born in 1954, is one of the most renowned contemporary artists in Austria. His Wurm, “sculptures” provide scenarios of an absurd encounter between the human body and an object. Only when encountering such banal things as a piece of fruit, an article of clothing, and packaging material does one’s body become aware of itself. It is the encounter of two bodies that are obviously not made for each other.

Gottfried Helnwein born in 1948, published his book Faces, containing portraits of Helnwein, prominent personalities and celebrities, in 1992. Helnwein understands photography as an autonomous artistic medium. His Faces, thanks to the expressive pathos of dramatic black and white photography, enhance a person’s public image.

Helmut Newton 1920–2004, took advantage of commissions he received from the fashion Newton, and advertising industries in order to stage his own, if not to say common male, fantasies in the medium of photography and redefine the limits of taboos. The series Big Nudes, done between 1980 and 1993, was inspired by life-sized mug shots of the Baader-Meinhof Group. Thus the fashion photographer initially referred to his female nudes as The Terrorists.

Elke Krystufek born in 1970, addresses the social norms of female identity and its self- Krystufek, perception in various media. Her works are located on the borderline between art and life and privacy and publicity. Time and again they revolve around the artificial figure of “Elke Krystufek”, conceived and showcased by the artist, who combines her image with fragments of her own texts.

John Coplans, 1920–2003, documents his body’s process of ageing in his black and white Coplans photographs. The artist fragments his body photographically into individual parts, excluding his head. Thus the individual is elevated to a general level. The naked body unites past, present, and future. For the artist, it does not belong to a particular social stratum, has no geographic origins, and is not confronted by language barriers.

Chuck Close born in 1940, crosses the boundaries between Pop Art and Minimal Art. The Close, photorealism of his monumental works is disrupted from within through the minimalist principle of rigid systematization and the methodical planning of the works’ execution. The strict rhythm of the fanfold form likewise corresponds to the approach of serial conception, governed by the alternation of photograph and text.

The Belgian Marie-Jo Lafontaine born in 1950, ranks among today’s most acclaimed women Marie- Lafontaine, artists. In her recent works she frequently deals with such subjects as personal and social identity, adolescence, and youth culture. The youngsters’ faces express doubt, scepticism, rejection, superiority, and self-confidence. Marie-Jo Lafontaine presents these portraits as images of today’s youth.