The exhibition brings together work from an extensive group of artists whose participative, confrontational or more hermetic artistic practice is motivated by a discerning, sophisticated, and sometimes perverse play of interpretation and meaning/significance. Together they span different generations, so that various strategies for public (non-)interaction engage one another. 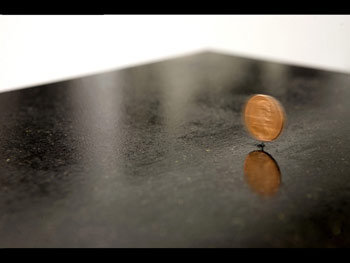 The Conspiracy brings together work from an extensive group of artists whose participative, confrontational or more hermetic artistic practice is motivated by a discerning, sophisticated, and sometimes perverse play of interpretation and meaning/significance. Together they span different generations, so that various strategies for public (non-)interaction engage one another. The exhibition comes at a moment in time when public art institutions increasingly have to resolve the contradiction between an 'art-focused' and a 'spectator-focused' approach, and testifies of the ways in which artists construct various understandings or refusals regarding the public.

The popular criticism that in the sphere of contemporary art the spectator is fooled by the works proposed and that 'the meaning of art' is somehow conspiratorial in nature, more and more fuelled demands of legitimisation over the last years. The 'suspicion' is as old as the advent of the avant-garde, but it was Jean Baudrillard who in 1996 infuriated the art world with his text Le Complot de l'Art, published in the French newspaper Libération. In the article, Baudrillard claimed that art exists everywhere but in art, and that it has become a case of insider trading. The French philosopher also expressed concern that art has become tainted with the close and oppressive relationship between artist and consumer, with the obscenity of visibility because of the inexorable transparency of everything, and with the lack of formal difference between art and reality.

Baudrillard's ideas were en vogue twenty years ago. Today it is exactly this difference between the language of art and common communication that is criticised by populist politicians and some cultural brokers, as some of the main characteristics of a conspiracy of art. Practicing a language resisting conventional ways of making sense, art might seem to place the spectator on the opposite side of illumination. Communicative ambiguity, irreducible opacity and thickness are considered highly suspicious today, in a context where art manifestations are more and more expected to bring into publicly discussable form that which is being ignored, left unattended, or relegated to the 'outside' by the 'political' process.

But rather than dispute about the veracity of conspiracy theories in the domain of the arts, we might, as controversial anarchist essayist Hakim Bey proposes, try to construct a poetics of conspiracy: "A conspiracy would be treated like an aesthetic construct, or a language-construct, and could be analyzed like a text." As fictional conspiracy, with a paradoxical combination of preciseness and ambiguity, art could exactly expose the conspiracy of the mass media with its manipulative 'publicness' and forge a 'counter-publicness'. Maybe in relation to the mass media, exhibitions then function as 'Pirate Utopias', secret islands once used for supply purposes by pirates existing beyond the realm and reach of governments, from where a mental and emotional signifying space is opened, outside the usual conditioning of meaning. As a performance of stubborn autonomy versus the evidence of understanding, and as a momentum for a critical locus versus instrumental (practical, functional, economic) reason, an exhibition, then, creates a new territory of the moment, possibly in complicit disguise, on the boundary line of established regions.

The Conspiracy inscribes itself in a series of group-shows held at Kunsthalle Bern over the last years (Off Key (2005), Pre-Emptive (2006), A Fantasy for the Moment (2007) and You Don't Have to Understand Everything We do to Profit From It at Liste in Basel this year) that eschew to account for their existence towards the practical demands of the contemporary economical and socio-political realm, and resolutely invest in what Bertrand Russel called 'useless knowledge'.

Kunsthalle Bern gratefully acknowledges the support from the City of Bern, the Burgergemeinde Bern, the donators of Club 15, the Mondriaan Foundation and Swiss Arts Council Pro Helvetia