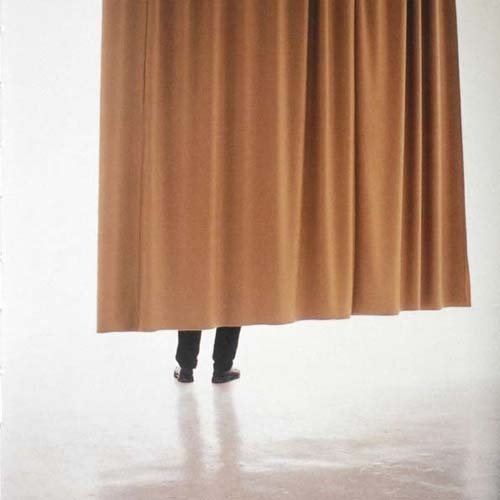 Informal and yet with explicit precision regarding both formality and thought, anchored in early idea art and to the practice of the Fluxus movement: Swedish artist Maria Lindberg's work is marked by a remarkable integrity and gives an example of an consistent thinking that has continued to challenge the eye and mind of the observer in its investigation of the fraudulence of language and thought.

Throughout a career spanning well over twenty years, Maria Lindberg has utilized a wide variety of media ranging from artist's books, text, video, sound, painting, drawing and found objects, creating a body of work multi-layered to its content, always offering multiple possibilities for interpretation. Starting out from the artist's early contemplative and process based work, executed in her living place, the work has continued to explore relationships in time, endless or capsuled.

A strong advocate of the economy of simplicity, with her choices of material being basic and with objects recycled from the everyday, Maria Lindberg's film- and video work are structured to endure in real time, with certain actions being monitored until they lapse or reach completion. This is seen executed in the film Friday the 13th, featured in the exhibition. The work documents a five hour car drive from the artist's home in Göteborg to the opening reception of Stockholm's Moderna Museet, filming the road left behind, with Lindberg handing over the new work, her contribution to the show, at the arrival.

Maria Lindberg's work has been exhibited at several well-known art institutes, galleries Scandinavia, Europe and the USA. Futura in Prague is currently showing a broad selection of the artist's production, having compiled for the first time works from the mid-1980s until the present day, with several of the works never been displayed outside Sweden before. The curator and the initiator of the exhibition is Mats Stjernstedt, director of Index, the Swedish Contemporary Art Foundation, Stockholm.

Within the framework of Residence 09 FUTURA introduces works by three international artists, Manuela Viera-Gallo (CH), Tamas Kaszás (HU) and Marlon de Azambuja (BR), who have within the past four months taken part in the Prague residency program. Although works presented are not connected by topic or form, they can be understood as a reflection of the Czech setting, by artists coming from a different cultural background.

Cannibal an installation by Manuela Viera-Gallo is an extension of the Domestic Violence series, and is based on elements of performance and video. The video is a collage constructed from two thematically and technically other images. The first black and white video is shot on 16mm film, and pictures a bizarre individual trashing porcelain dishes in the city center of Prague. The second image in the video is an appeal towards the spectator to appropriate cannibalistic behavior, and thus experiences a feeling of complete freedom, regarding limitless borders in his relation to others surrounding her/his. For Viera-Gallo porcelain dishes is a symbol of good behavior in the modern society. By inviting the public to the wild act of trashing the dishes, she makes the uncontrollable animal instincts rise from the unconscious layer of the mind of every engaged individual. The experience embedded in the Cannibal initiates the spectator not only to watch the video, but also and most importantly to experience and relies all of her/his accumulated anger, break rational-cultural standards as well collective norms of good behavior.

Work by Tamás Kaszás titled Symbol Rehab is a formalist study of symbols, which have appeared in times of communism in countries of the eastern block. In his work Kaszás clears all symbols off their negative socialist connotations and applies their often progressive design to the construction of new meaning. Through the use computer technique have all symbols been cleared off texts and other connections with socialist propaganda. Modified symbols have been used to create a collage, based not only on pure aesthetic and formalist elements but on shared values expanding beyond any regime. Even though this game of aesthetics can be understood as pure formalism, its formalist purity may lead to the birth of new politico-utopian structures, which may later function as inspiration when aiming to change current political and social mechanisms

Compared to works mentioned above the work by Marlon de Azambuja directs its focus towards Prague’s surrounding. The key inspiration for Azambuja is architecture, history and cubist design of the Czech capital. His point of view, however offers a new reading, a reading beyond tourist impressions of the city, and is thus based on the intimate impression of an artist coming from a different cultural background. The work which connects video, photography and interventions in the space of the gallery represents a coherent aim of intercultural exchange.


Image: Maria Lindberg, A Curtain That Is Too Short, 1999