2 or 3 things I know about her. Davis and Robert, working independently in Glasgow and Brussels respectively, have both produced various works that use as specific points of departure canonical art works from the recent past. 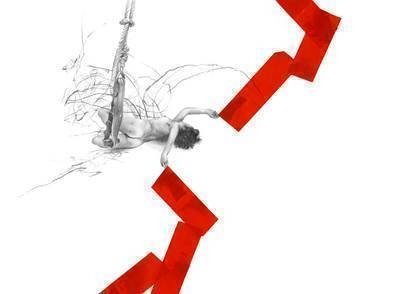 The echo in this exhibition's title of Jean-Luc Godard's 1967 film Deux ou trois choses que je sais d'elle, resounds at several frequencies. Most broadly, it signals a concern shared by both artists, Kate Davis (*New Zealand, 1977) and Jimmy Robert (France, 1975), with historical precedents and predecessors, and with the necessity of engaging with them. Then there is the received suggestion that knowledge can only ever be partial, in both senses of the word. Lastly, the fact that both artists' historical engagements and epistemological investigations focus primarily on the problem of representation, on questions of image and imaging, calls to mind another memorable phrase of Godard's, from 1970's Vent d'Est: 'ce n'est pas une juste image – c'est juste une image'.

Davis and Robert, working independently in Glasgow and Brussels respectively, have both produced various works that use as specific points of departure canonical art works from the recent past. In a range of media that includes photography, printmaking and sculpture, as well as her signature medium, drawing, Davis has responded to works by artists such as Yvonne Rainer, Faith Wilding and Barbara Kruger, as well as by male figurative painters such as Willem de Kooning and Frantz Gertsch. Informed by first-generation feminism, Davis's recombination of pre-existing shards of text and imagery often involves the admixture of distorted, occluded or fragmentary representations of her own body. Working across a comparable range of media that includes photography, film, sculpture, print and collage, as well as performance, Robert has shown a similar interest in exposing the fragility of representation by inserting his own presence into installations of found imagery, which he has subtly transformed and restaged. Among the artists and writers whose work he has previously 'incorporated' are Bas Jan Ader, Marguerite Duras and, once again, Yvonne Rainer.

This exhibition is at once a dialogue and an echo chamber, each artist using the other as a sounding board in a debate on the body and its (re)presentation across various boundaries of gender, culture and ethnicity. Kate Davis's video 'Disgrace' derives from a 1972 catalogue of drawings by Amedeo Modigliani. The film registers, in a series of 10 second-long increments, each of which consists in a still frame, the artist's action of mapping her own body over a female nude study by Modigliani, projected so that it appears life size. While artist and action alike remain off-screen, each new frame presents the gradually accumulating evidence of Davis's 'performance', in the form of a growing tangle of pencil lines delineating various body parts. This ultimately constitutes a fragmented and incomplete nude self-portrait superimposed on the original image. Alternating between each 10-second segment of this palimpsest's silent elaboration is 10 seconds of blackness during which we hear a chorus of cartoonish 'boo hoos' of mock dismay. As the drawn marks amass the chorus gradually diminishes until we are left with the sound of a solo voice. Accompanying Davis's video is a framed drawing depicting a similar mapping of the artist's body over a different Modigliani nude on a page torn from the same book.

Robert's contribution takes the form of documentation of a performance piece, Figure de Style, first presented at London's Cubitt gallery in 2008. This work takes as its starting point Yoko Ono's seminal Cut Piece, 1964, in which spectators were invited to remove portions of the artist's clothing with a tailor's scissors provided for this purpose. In Robert's performance, however, spectators were invited to rip off pieces of masking tape, which were attached in such quantity to his upper body as to form a kind of t-shirt around his otherwise naked torso. During the course of the performance Robert read aloud to his audience fragments of press reviews of Ono's work on the occasion of its staging in London in 1966. This disconcerting feedback loop exacerbated the conflicted responses of these contemporary participants in, and witness to an act at once intimate and aggressive, by drawing on recollections of an earlier audience's comparable discomfiture. The Dublin presentation of Figure de Style comes trailing its own history, as it here takes the form of a continuous screening accompanied by related textual material, rather than that of live performance as it has on previous occasions. This amplifies the viewer's sense that this particular dialogue between Davis and Robert is just one installment in a larger, ongoing discussion around the body and its images, which will continue to resonate across time and space.