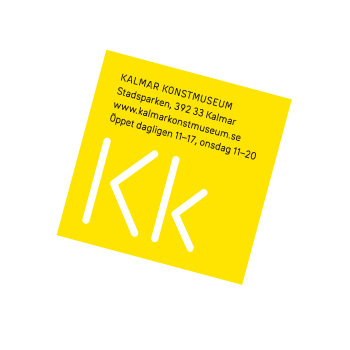 The social critique 1993-2005 is a contemporary art historical exhibition aimed at giving an introduction and a structure to an important and eventful period in contemporary art. What is characteristic for social criticism is that it presupposes that in art there is a possibility to deal with, highlight and pose questions around social issues. To a large extent the social criticism grew out of the vacuum that the art of the early 1990's found itself in. A consequence of the fact that Postmodernism during the 1980's had dismantled Art from its pedestal, and won symbolic power in the world of art. Art had no longer any value in itself. At the same time the status of art was increasingly upheld by the hype that surrounded contemporary art during the economic boom of that decade. With the recession of the early 1990's the influx of capital into the art world ceased and this in turn led to the disappearance of hype. The art world imploded. In the early 1990´s this lead to a great sense of insecurity about where the contemporary art scene stood, and what was going to happen now, when so to speak everything was possible. Art was in need of a new identity, maybe even a new reason for its existence. The question asked was "What is the purpose of art, when its value as art no longer exists?"

That something had happened became obvious in 1993, at the Venice Biennale. With his Aperto-exhibition the curator Achille Bonito Oliva formulated a number of concurrent artistic positions that together gave a structure for where the contemporary art-scene was heading and what subjects it could deal with. It was in the social field that art had its function. Within the area of art there were a number of possibilities of focusing on various aspects of the social, within the large as well as the small. A few months earlier the Whitney Biennale also had received attention for dealing with political issues. It was within the social that art regained its purpose. The artist Rirkrit Tiravanija now became internationally recognised. Tiravanija had taken as his point of departure an idea pioneered by Joseph Beuys, the idea of the social sculpture, and for a number of years he was touring the art world with his cooking pieces that are based on the social function of art. In an exhibition at a department store ICA Malmborgs, Malmoe, the artist Elin Wikström spend the whole exhibition period on a bed, sometimes sleeping.

The exhibition at Kalmar Art Museum will consist of more than 25 works. Starting from a more humoristic standpoint, social criticism became increasingly hardcore and theoretically formulated and when moving into its end phase it shifted towards an aesthetisised form. The exhibition deals with subjects such as relational aesthetics, art research and post colonial theory. It is interesting to notice that the art of social criticism in reality grew out of the vacuum created from the last economic crash of the 1980's and that its strength diminished with the influx of capital into the art world during the last decade. Today the situation is partly the same as in the early 1990's and there is an uncertainty/openness about what is really happening on the contemporary art scene, combined with an economic downturn.

Other exhibitions at Kalmar Konstmuseum:
Jan Svensson, Gårdslandskap, until, 9th,September.

between you and me - Bryndis Snæbjörnsdóttir & Mark Wilson + a selection from the Kalmar konstmuseum and The Design Archive collections, until 8th November.