Twenty years after the fall of the Berlin Wall, a conversation between the Nadine Gandy collection and the Fmra funds of the Cneai interprets and retraces, like an utopic canal connecting the Seine to the Danube or a bridge between Paris and Bratislava, the upheaval of territories, forms, and contemporary artistic practices throughout Europe. The projects became a collection of multiples and publications which reflect the ideas of insertion and cultural migration. 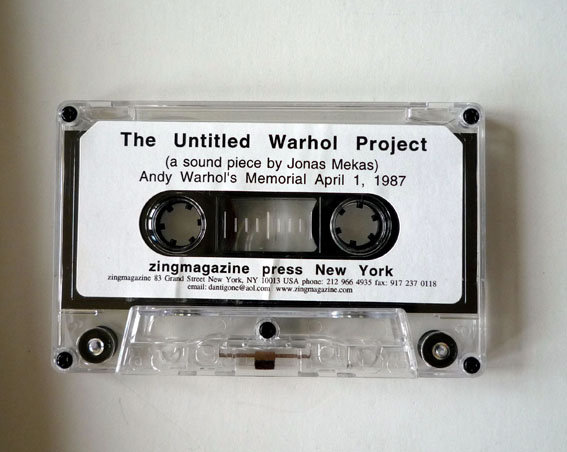 On the 2nd of May 1989, Hungarians demolished the barbed wire between Hungary and Austria, while the police watched them do it without paying the slightest attention. High in the watchtowers, the soldiers didn’t shoot. On the 10th of September 1989, the Hungarian government decided itself to open its boundaries with Austria. The Berlin Wall fell two months later. In 2008, Hungary, The Czech Republic and Slovakia joined the Schengen countries. In 2013, the high-speed train (TGV) will connect Paris to Bratislava in four hours fifty minutes. In 1992, Nadine Gandy left Paris and opened the first private space dedicated to international contemporary art in Prague.

The Czech public had not seen any western art since the beginning of Communist military control. She invited Lawrence Wiener, Joseph Grigely, Jochen Gerz, Wim Delvoye, Matali Crasset, Daniel Buren, Annelies Strba, Nan Goldin, Douglas Gordon and many others to play the game of the art market in a place where such a market did not exist yet. The first contemporary art exhibitions gave rise to long queues. Step by step, Czech artists (Vaclav Stratil, Jiri David), Hungarian, Slovak, Serbian, Bosnian, and Romanian artists mixed with the French, German, Spanish, American or Swiss key figures among the artists represented by Gandy Gallery. The projects became a collection of multiples and publications which reflect the ideas of insertion and cultural migration.

In 2005, Nadine Gandy moved her gallery to Bratislava, opposite the Danube, in the heart of the Europe; this way she is closer to the Balkans and gets to meet some new artists. In connection with the 20th anniversary of the fall of the Berlin Wall, the Cneai introduces Exposition Fleuves, a dialogue between two collections of multiples and artists’ publications that span the territories of Central and western Europe. The Gandy Gallery’s collection and the Fmra’s collection were born during the years that contemporary art was at a crossroads. The Cneai’s collection began in the sixties, when the Cneai itself and numerous other publishing houses meant to break away from institutions and to free themselves from market networks, at a time when editorial practices were breaking down the closed boundaries of Europe and America. The growth of the Gandy Gallery’s collection in the nineties was a new impulse on the artistic scene of Central and Western Europe. Both collections are made up of multiples, artists’ books, booklets, posters, journals, videos, flyers, postcards, DVD, Webpages....

These form of expression that cross cultural influences through actions, information and representation, split up the cultural territory itself and become a melting pot of fine arts, music, graphic design, design, dance and literature researches. These media works suggest that the time has come to stop thinking of art in terms of marginality, isolated and insulating. The publishing practices are specifically organised as a project open to intervention, reproduction and free distribution, they reveal a sharing of the authorship between the various protagonists of the artistic process and express the possibility of mutual copyright and mutual right to read.

This project has been funded with support from the European Commission.