The Robert and Jane Meyerhoff Collection 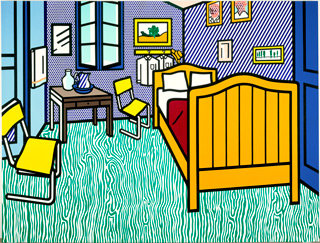 Ten themes—Scrape, Concentricity, Line, Gesture, Art on Art, Drip, Stripe to Zip, Figure or Ground, Monochrome, and Picture the Frame—reveal surprising juxtapositions among the 126 paintings, sculptures, drawings, and prints selected from the famed collection of Robert and Jane Meyerhoff, amassed between 1958 and 2004, the year of Jane Meyerhoff's death. While six American masters—Jasper Johns, Ellsworth Kelly, Roy Lichtenstein, Brice Marden, Robert Rauschenberg, and Frank Stella—figure prominently, all of the leading abstract expressionists and several younger artists are also represented. The Robert and Jane Meyerhoff Collection: Selected Works will be on view in the East Building of the National Gallery of Art from October 1, 2009, through May 2, 2010.

"The Meyerhoffs built one of the greatest collections ever to focus on American painting of the postwar era, striking not only in its depth and quality, but also in the passion and acumen with which it was assembled," said Earl A. Powell III, director, National Gallery of Art. "This exhibition probes the visual logic behind the choices made by the collectors and by the artists whose work they collected."

The Exhibition
Rather than being divided by artist, movement, or decade, the works in the exhibition are arranged according to a different logic. Each of the ten categories explores one principal visual theme or material device of 20th-century art, as demonstrated and continuously reconfigured by the artists in the Meyerhoff collection.

Scrape: While modern artists did not invent scraping or any other technique of the brush or palette knife, they did repurpose scraping from a technique of removal and deposit to a positive means of creating particular appearances. The works in this section present a compendium of scraping techniques and effects, and include paintings, such as Hans Hofmann's Autumn Gold (1957) the Meyerhoff's first purchase in 1958; Willem de Kooning's Untitled VI (1983); and Clifford Still's 1951-N (1951); as well as two important lithographs by Jasper Johns.

Concentricity: There is no more powerful location than a center and no clearer way to mark it than by concentricity. Aspects of this phenomenon are explored in works that include Josef Albers' Homage to the Square (1950), Kenneth Noland's Mandarin (1961), Robert Rauschenberg's Autobiography (1968), Richard Serra's Torus IV (2000), and Frank Stella's Marquis de Portago (first version—1960).

Line: Jackson Pollock's achievement of a fully abstract, non-enclosing line broke with the traditional use of the line to describe contours and shapes. This section reveals the seemingly endless variety of treatments of line by artists as diverse as Mel Bochner, Jean Dubuffet, Julian Lethbridge, Roberto Matta, Frank Stella, Andy Warhol, and others.

Gesture: Gesture painting, which celebrates the artist's physical action, ranges from the heroic gesture, as epitomized by two seminal canvases by Franz Kline and Willem de Kooning, to the frozen gesture of Roy Lichtenstein's brushstroke sculptures, to the constructed, interlinked gestures of Frank Stella or Anthony Caro.

Art on Art: Art has always been about, around, and for other art. Works in this section reveal their makers' sources, influences, and references, including Jasper Johns' autobiographical painting Spring (1986) and related works on paper; Philip Guston's controversial, yet prescient Courtroom (1970); and Roy Lichtenstein's riff on Theo van Doesburg's progressive abstraction of a cow.

Drip: The drip has been a key pictorial element in modern painting, from Arshile Gorky's delicate veils of thinned paint to Jackson Pollock's famous technique of pouring paint on a horizontal canvas. Artists in this category, including Grace Hartigan, Jasper Johns, Roy Lichtenstein, and Brice Marden, celebrate the varied possibilities of the often unavoidable drip in their canvases.

Stripe to Zip: Stripes have been associated since the Middle Ages with marginality, transgression, pollution, and revolution. It is only fitting that postwar artists including Ellsworth Kelly, Agnes Martin, Mark Rothko, and others would develop a love affair with this optically jarring pattern. Barnett Newman, who famously coined the term "zip" to describe his signature vertical stripes, plays with the many possible variations in his portfolio of lithographs 18 Cantos (1964).

Figure or Ground: In the struggle to break free of the traditional hierarchy of figure over ground, many artists have turned to the grid and other all-over patterns. Variations on this device are demonstrated in the works of Howard Hodgkin, Brice Marden, and Terry Winters. Color and value contrast in Ad Reinhardt's Abstract Painting (1950) are so minimal that definable spatial relations become an elusive mirage.

Monochrome: Though frequently used to describe pictures of a single color, this category explores the alternative definition of monochrome: no color or no-chrome. Artists such as Ellsworth Kelly, Brice Marden, Robert Rauschenberg, and Mark Rothko push gray to its tonal extremes of black and white, reveling in the importance of texture and light when color is held to a minimum.

Picture the Frame: One of the principal dreams of modernist painting was an autonomous, self-evident, almost self-generating picture that had no need of external support to secure its coherence and status. In this final section, Burgoyne Diller, Jasper Johns, Ellsworth Kelly, Roy Lichtenstein, Robert Rauschenberg, and Joel Shapiro, with others, challenge or celebrate the boundary of the edge, mocking and dissolving the need for the frame.

The exhibition spills beyond its own galleries to mingle with works in the Gallery's permanent collection and with the architecture of the East Building. Several works will be installed throughout the atrium and Upper Level, including Roy Lichtenstein's Bedroom at Arles (1992), Ellsworth Kelly's Red Curve (1987), and Claes Oldenburg's Soft Drainpipe—Red (Hot) Version (1967). Some 20 works previously donated by the Meyerhoffs, including Barnett Newman's Stations of the Cross (1958-1966), will also be on view in the Concourse and Upper Level galleries.

Curator and Catalogue
Harry Cooper, curator of modern and contemporary art, National Gallery of Art, is curator of the exhibition and principal author of The Robert and Jane Meyerhoff Collection: Selected Works published by the National Gallery of Art and featuring 165 full-color illustrations. The 160-page hardcover catalogue will retail for $50.00 and will be available in September for purchase in the Gallery Shops.

The National Gallery of Art
National Mall between 3rd and 9th Streets at Constitution Avenue NW
open Monday through Saturday from 10:00 a.m. to 5:00 p.m
and Sunday from 11:00 a.m. to 6:00 p.m
The Gallery is closed on December 25 and January 1