Design 1945-1970. The exhibition brings together art and design from the West and the East of the period marked with the dramatic conflict and competition between the two political blocks. Arms and space race and the development of science and technology have made a huge impact on culture. The show includes works of the outstanding artists from the West (Lucio Fontana, Robert Rauschenberg, Isamu Noguchi, Pablo Picasso, Gerhard Richter...) and the East (Jiri Kolar, Boris Michailov, Yevgeniy Vuchetich, and others), modern design and craft objects, architecture projects and films. 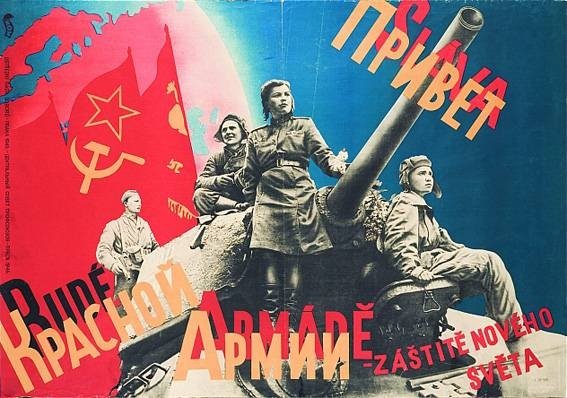 The National Gallery of Art, Vilnius is pleased to present the major Victoria & Albert Museum exhibition Cold War Modern: Design 1945–1970 as a project of the national programme of "Vilnius – European Capital of Culture 2009".

The NGA is Europe's newest museum of modern and contemporary art that opened in June 2009. From its location in post-soviet space the NGA is aiming to make a crucial contribution to art historical and cultural discourses that reflect upon the experience of Eastern Europe during the turbulent course of the 20th century. The NGA's opening exhibition Dialogues of Colour and Sound: Works by M.K Ciurlionis and his Contemporaries has already been acclaimed as an exhibition that has placed the museum at the forefront of the re-examination of modernism, and the modernist canon, from an 'extenuating' geo-political position. Focused on the work of Lithuania's 'lost' modernist composer and painter M.K. Ciurlionis (1875–1911) the exhibition added a Nordic and Eastern European dimension to the history of experimental art concerned with music-and-sound.

Cold War Modern is just as timely as Lithuania, and this region of Europe, is reflecting upon events, which happened on its doorstep, in 1939 and 1989, that have left an indelible impact upon nations, their culture, and their people. Curated by David Crowley and Jane Pavitt for the V&A, and arriving in Vilnius from MART, Roverretto, the exhibition contains a startling range of art, architecture, design, and fashion objects, and films, that represent the material apotheosis of the Cold War years from the cessation of the Second World War in 1945 until the turn in the Vietnam War in 1970. The period also encapsulates the high years of the 'space race' at a moment when the moon landing (1969) is also marking a decadal anniversary (the spacesuit first worn by Neil Armstrong is in the exhibition as is the Sputnik model). And it is the spirit of competition between geo-political blocs – of political/territorial influence, in space, in war memorial architecture, in lifestyle, in consumer goods design, at world fairs – that embodies the exhibition.

The results of that competition seemed clear-cut for the last 20 years as capitalism appeared to trounce communism for good... until the financial crisis, that is, when the specter of 'possible and better futures' began to be discussed again.

The exhibition includes works of the outstanding artists from the West (Lucio Fontana, Robert Rauschenberg, Isamu Noguchi, Pablo Picasso, Gerhard Richter, Ossip Zadkine, and others) and the East (Jiří Kolář, Josef Koudelka, Boris Michailov, Yevgeniy Vuchetich, and others), modern design and craft objects (by Magdalena Abakanowicz, Pierre Cardin, Joe Colombo, Charles and Ray Eames, Dieter Rams, Eero Aarnio, Stanislav Libensky and Jaroslava Brychtová, Raymond Loewy, Paco Rabanne, Eero Saarinen, and others), architecture projects (by Archigram, Archizoom, Le Corbusier, Buckminster Fuller, Arata Isozaki, Peter and Alison Smithson, and others) and films (by Stanley Kubrick, Mikhail Kalatozov, Andrei Tarkovsky, and others). Triumphs of science and engineering, such as the model of the first artificial satellite “Sputnik”, model of the “Vostok” spacecraft capsule, spacesuits of USA astronauts and USSR cosmonauts, models of Moscow and Ješted (former Czechoslovakia) TV towers and others, will also be presented to the viewers.

The exhibition is organized by the Victoria and Albert Museum. Curators: Jane Pavitt and David Crowley

The NGA will be presenting an extensive programme of talks and screenings in association with the exhibition, contextualizing the Cold War 1945–1970 from multiple perspectives.

Image: The Glory of the Red Army

Cold War Modern has been presented at the National Gallery of Art, Vilnius with the support of "Vilnius – European Capital of Culture 2009".

Patrons of the programme: Ministry of Culture of the Republic of Lithuania, Vilnius City Municipality.