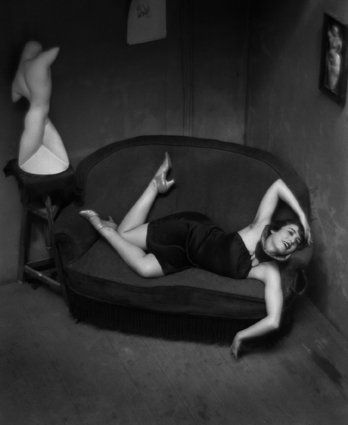 On Saturday 26. September, the exhibition Ma France by one of the greatest photographer of all time, André Kertész, will be opened at the Reykjavík Museum of Photography. The exhibition is organised by the renowned museum, Jeu de Paume in Paris. The wanderer of the Twenties chose France, and so did Kertész. He came to Paris in 1925 when it was a city of poets and painters. His classic images of the Eiffel Tower, Mondrian's studio and the unique photo “Satiric dancer” defined a style which among others were exploited by his colleages and contemporaries Brassaï and Cartier-Bresson. “Whatever we have done, Kertész did it first,” Cartier-Bresson once said about his colleague. With his lyrical style Kertész was sometimes called “a poet with the camera”.

The exhibition is sponsored by the French Embassy in Iceland and Alliance Francaise, which together with the Reykjavík Museum of Photography organise an events programme accompanying the exhibition. Further details will be announced later.

Born in Budapest in 1894, André Kertész took his first photograph in 1912. He photographed his relatives and friends and the Hungarian countryside.
After the war, he settled in Paris (1925) where he discovered the pleasure to stroll in the streets, along the embankments of the Seine or in the gardens. In the Montparnasse area, he met Hungarian artists and many prominent people of the literary and artistic circles (Mondrian, Eisenstein, Chagall, Calder, Zadkine, Tzara, Colette). In 1928, he was one of the first photographers to use a Leica camera and exploited the visual freedom offered by this new camera. Chronicler of the daily life, he evoked with a great depth of feeling the most insignificant events and gave them a lyrical flair. Rather than to follow certain movements he let himself be guided only by his intuition. His work moves smoothly between abstraction and Surralism, Constructivism and humanism.

His photographs were frequently published by the press in France (Vu, Art and Médecine) and in Germany (Uhu, Frankfurter Illustrierte). In 1933, he made the famous series of Distortions. In 1936, at the top of his art, he decided to leave to New York, after signing a contract with Keystone. Day of Paris conceived by Alexey Brodovitch, was released in 1945. André Kertész, employed by Condé Nast editors from 1949 onwards, regularly contributes to House and Garden. In the early 50’, he started using colour. For his personal work, he photographed the district he lived in, progressively leaving the street to photograph from the window of his flat, overlooking Washington Square. In 1963, his negatives of the Hungarian and French periods were found in an estate in the South of France. His talent was worldwidely acknowledged and exhibitions multiply, as well as publications: Soixante ans de photographie 1912-1972, J’aime Paris (1974), Distortions (1976) and Hungarian Memories (1982). He travelled more and more often to France. He died in New York in 1985. Highly classical, a master for many of his fellow photographers, André Kertész is a leading character of the history of photography.