The group show brings together 30 pieces in different media photography, video, installation, collage, sculpture, sound installation, performance by eleven artists of different generations en origins, who tackle topics such as repetition, image reflexion and reappropriation. Starting from the power of mirrors' ability to disrupt time and space, this project shows works that focus on themes such as repetition, reflection and reappropriation of culture. The project has taken deeply into account the peculiarities of the exhibition space and the ways in which physical reality is defined: just as a mirror draws on properties and on the form of a surface, its content is necessarily constantly changing. Curated by Gyonata Bonvicini. 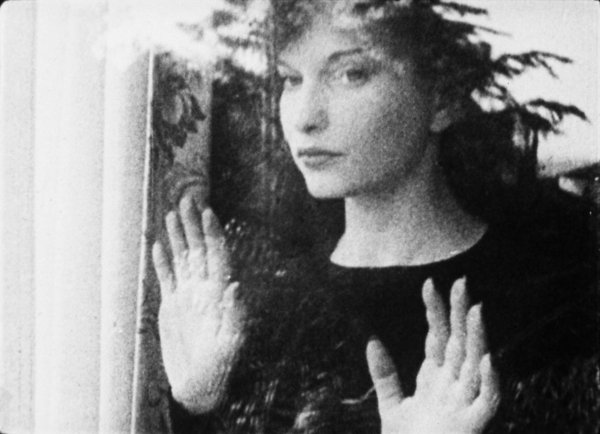 The exhibition ‘MIRRORS/ESPELLOS’, curated by Italian curator Gyonata Bonvicini, corresponds to the proposal selected in the 2nd call of MARCO Award for Young Curators, chosen as the winning project. Precisely, the starting up of this exhibition, which is taking place at the same time as the next call is still open, until October 30th, — this edition organised jointly between MARCO and FRAC Lorraine, France. From an institution like MARCO, the award is designed to promote the work and ideas of young curators, who are offered the opportunity to develop and execute their ideas in a museum setting. In return, candidates must present collective exhibition projects, i.e. they must take into account two or more artists, and bear in mind contemporary artistic creation at all times.

‘MIRRORS/ESPELLOS’ brings together experimental works by eleven artists who share the same attitude before images. Starting from the power of mirrors’ ability to disrupt time and space, this project shows works in diverse range of media — photographs, videos, installations, collages, sculptures, sound installations, performances — that focus on themes such as repetition, reflection and reappropriation of culture. The project has taken deeply into account the peculiarities of the exhibition space and the ways in which physical reality is defined: just as a mirror draws on properties and on the form of a surface, its content is necessarily constantly changing.

The idea of the mirror and its complex theoretical and visual layers can be seen as a topic general enough to allow a dually functional concrete context: on the one hand, the ability to strengthen the semi-autonomous presence of the single works and, on the other, to allow the viewer to experience the works as they relate to one another and within the exhibition’s conceptual framework. Taking as a reference the museum space itself — an model of the radial Panopticon, that can be viewed in different ways and from various points of view — the exhibition architecture presents an overview but allows for through-views, thereby creating a number of particular connections between works and artists. The exhibition layout is not divided into distinct sections, but there are different starting points for the development of loose “groups”, which in turn also refer to one another.

Micol Assaël and Maya Deren, so generationally far away, share a similar attitude before repetition and obsession, playing with the idea of a parallel dimension hidden behind an illusionary threshold, and giving rise to endless tensions between illusion and meaning. Dan Graham investigates the relationship between people and architecture and the psychological effects of reflecting and transparent surfaces, and Falke Pisano, artist and writer, examines the way structures, materials, and colours determine human behaviour. Ryan Gander makes use of everyday experience and collective consciousness as the substance of his projects, whilst Giuseppe Gabellone recreates and intervenes in formal phenomena as a way of investigating perception. Isa Genzken and Oscar Tuazon reveal a similar attitude in the development of their works, with a constructive interpretation of discarded things, while also incorporating the very process of transformation into the work. Reflective surfaces are a constant in Hreinn Fridfinnsson’s complex visual language, facing the peculiarity of the surrounding space, just as the perfect monochromes polished in some works by Kitty Kraus. On her side, Susan Philipsz, best known for her numerous audio works, contributes to the exhibition with her rendition of Long Gone, the elegiac Syd Barrett song, thanks to two loudspeakers located at the museum’s façade.

The title of this exhibition takes inspiration from “Mirror, Mirror”, an episode of the classic science fiction series Star Trek, which introduces the alternate reality “Mirror Universe”, where the expansion of narrative scenarios creates a series of labyrinthine passageways, that require the viewer, through interpretation, to make order out of chaos.

In the curator’s words, “the point has often been made that art deals with the replication of reality. There is a profound significance in the ancient legends that tell how rhyme was born from echo, and drawing from an outlined shadow. But the magic function of objects such as mirrors — which create another world similar to the one being reflected, yet not the same, an ‘as if’ world — is just as significant for the self-awareness of art as the metaphors of reflection and the mirror image.”

MARCO Award for Young Curators
In year 2006 the first Edition of MARCO Award for Young Curators was announced, an initiative of Fundación MARCO to support and promote the training of new professionals in the area of curatorship and exhibition management. The object of the call, planned to be periodical, is the realisation of an exhibition project to fill the spaces on the first floor. ‘MIRRORS/ESPELLOS’ was the winning project of this award’s 2nd edition, in accordance with the decision of the judging panel composed by: Jürgen Bock, María de Corral López-Dóriga, Alberto Ruiz de Samaniego, Teresa Velázquez Cortés and Iñaki Martínez Antelo.

ABOUT THE CURATOR
Gyonata Bonvicini was born in 1972 in Codogno, Milan and he currently lives and works in Berlin. He holds a doctorate in Contemporary Art History from the University of Parma and has spent the last ten years working with public and commercial art organizations in Europe. He was Project Manager and Director of Westlondonprojects as well as Project Manager of Artprojx, engaged in initiating and executing exhibition programs, maintaining up-to-date information on contemporary art trends, and producing catalogues and publications. Alongside this, he has independently curated a number of exhibitions and screenings, including La petite histoire at Kunstraum Niederösterreich (Wien, 2008), Evil Sisters at Canal at Peer (London, 2007), The Endless Summer at Westlondonprojects (London, 2006), Three Cities: Berlin, Milan, London (along with Anna-Catharina Gebbers and Paolo Zani, 2006), Le Retour de la Colonne Durutti at Galerie Isabella Bortolozzi (Berlin, 2006), Jaybird at Zero… (Milan, 2005), and Illusion of Security, a project for the Prague Biennale 1, among others. Since 2002, he has been a regular contributor to the publications Flash Art Magazine and Aroundphotography.

CATALOGUE
On the occasion of this exhibition, MARCO of Vigo will publish a trilingual catalogue (Galician-Spanish-English), which includes a text by the curator, Gyonata Bonvicini, the artists’ biographies and information and images of the works in the exhibition.

MARCO, Museo de Arte Contemporanea
Rua Principe 54, Vigo
Exhibition galleries on the 1st floor
Hiurs: Tuesday through Saturday (including holidays)
from 11am to 9pm
Sundays, from 11am to 3pm
Members of the museum staff are available in the halls to provide visitors with information, in addition to the regular guided tours:
Every day at 6:00 pm
‘À la carte’ tours for groups, by appointment at the tel. 986 113 900/11