The exhibition is a part of Daniela Mrazkova Collection and presents not only photographs by Alexander Rodchenko, but also more than 200 photographs taken by his many fellow photographers and contemporaries who, for decades, were ostracised in the Soviet Union. 'Lenin on Tour' by Rudolf Herz stages the spectacular clash between the monument and the post-communist world as an expedition into the present. The tour produces a collection of images evoking associations and controversial statements, which are aesthetically condensed into a frieze of photographs, a book of pictures and a film. 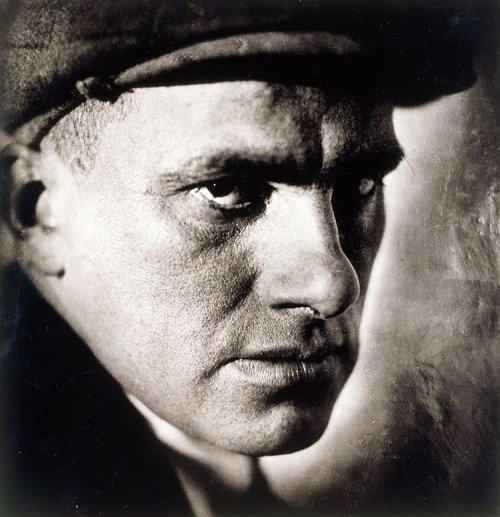 "It is our duty to experiment!" Alexander Rodchenko stated in 1924, in order to explain the great responsibility of photography in the creation of the new social order in the Soviet Union and to urge people to become active. Many photographers followed his example of resolutely abandoning the classical traditions in favour of a media-specific visual language for the revolutionary transformation of Russia into the Soviet Union. They chose unusual views, worked with extreme perspectives, and discovered "new subjects" in the industrial development of the country, life in the big cities, and the many ethnic groups of the Soviet Union.

From the end of the 1920s onwards, however, the creative potential of this avant-garde was highly regulated and increasingly forced to conform to the ideological propaganda of "Socialist Realism". In this process of radically reorganising all areas of life, photography played an outstanding role as an artistic medium, as documentary photography, and as a medial means of propaganda which had to reach, above all the, vast number of illiterates. There are hardly any pictures by Soviet photographers represented in German
collections.

But in the 1960s and 70s, publicist and curator Daniela Mrázková from Prague assembled a collection of the most important Soviet photographers. At the very height of the cold war, she wanted to give a voice to "the other Russia". Now the purchase of the "Mrázková" Collection, with its focus on "Russian Avant-Garde of the20th Century", has been concluded and is proving a welcome addition. With this collection the "Political Images" exhibition presents not only photographs by Alexander Rodchenko, but also more than 200 photographs taken by his many fellow photographers and contemporaries who, for decades, were ostracised in the Soviet Union.
At the same time numerous, until now completely unknown film documents from the "Hartmut Kaminski Archive" will be shown at this exhibition.

A publication (german/english) will coincide the exhibition.

After the Fall of the Wall, the Dresden town council pulls down its monumental Lenin memorial and gives it to a Swabian stone mason. The new owner agrees to lend it to Rudolf Herz, who then loads Lenin's torso and those of his two anonymous companions onto an articulated lorry and drives through Europe with them. During his journey, which lasts four weeks, he asks passers-by and celebrities to make personal statements. His motto is: "I show Lenin to my contemporaries. And I show Lenin the 21st century. Who will explain it to him?"

LENIN ON TOUR stages the spectacular clash between the monument and the post-communist world as an expedition into the present. Herz: " I am searching for images, I am exploring the life in our globalised, capitalist world, am enquiring after memories and current views of utopia. We drive through communities, different cultures, places of consumption and of work, the arenas of mass culture and the flow of people and goods. Our journey takes us through contemporary everyday life, high-tech zones, and desolate industrial areas in the East and the West. A change of locale engenders a change of references and perspectives, Prage is not Zurich, Dresden is not Rome."

The tour produces a collection of images evoking associations and controversial statements, which are aesthetically condensed into a frieze of photographs, a book of pictures and a film. These unusual montages operate beyond the spheres of romanticising and swan song, of hero worship and condemnation, they are no agitprop, they are an autonomous artistic experiment.